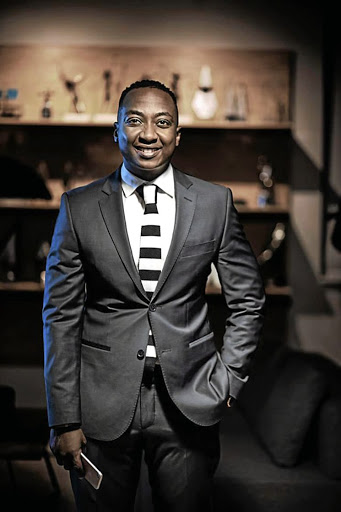 A R350 tip that Kabelo Ncholo received while working as a waiter at a restaurant in Johannesburg in 2002 turned his life around when he finally started his own marketing and events company.

This came after his colleague reminded him about a promise Ncholo had made to quit the job and become an entrepreneur.

Ncholo left Mahikeng, in the North West, for Johannesburg in 2001 to study medicine but after some time at Lenasia Hospital, he realised he could not stand the sight of blood.

With no other option at hand, Ncholo worked as a waiter at a restaurant while trying to figure his next move in life.

But while at the restaurant he observed how "badly" the matric dance events were run and that struck a chord with him.

"The schools would come and host matric dance events at the restaurant. I felt it was quite not up to scratch. They would book one set of the restaurant and the other section would be booked for something else," Ncholo recalled.

He then made a bet with his colleague that the next year he would quit his job and start his own business.

In August 2002, his colleague reminded him of the bet. Luckily, Ncholo had just served a table and got a tip of R350.

He resigned and started what was then called Yourself Function Organisers.

He printed pamphlets and in his first year got four schools that he charged R25,000 to coordinate their matric dance.

Later, Ncholo did a few club promotions but his business only turned the corner after six years.

"In that six years there were times I could not pay rent. There were times when life was very tough. I pushed because something inside me told me I could do it. I still had to send money back home. I'm really grateful that I was patient for all this time," he said.

In one of his highlight achievements, his business will bring American rapper Rick Ross to Mahikeng on December 24.

Ncholo believes in the value of patience.

"It is very important for entrepreneurs to understand that the journey is not instant. You don't start the company today and become successful tomorrow. Like everything in life, you need to acquire knowledge and a reputation. It is through knowledge and reputation that you can sustain the business when challenges come," he said.

Ncholo was one of the winners at the Men of the Year Awards hosted by the Gauteng department of social development last week. He won in the category of entrepreneurship. Other winners included activists and lawyer Richard Spoor, anti-apartheid activists Ben Turok and Evangelist Annanius Ralekholela.