Plan for scene of Uyinene murder 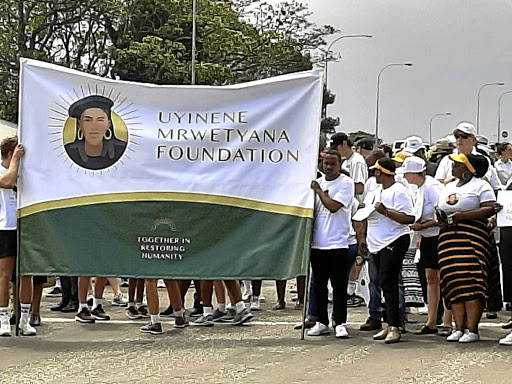 The launch of the Uyinene Foundation / SUPPLIED

The Uyinene Mrwetyana Foundation hopes to repurpose the Clareinch post office where the 19-year-old student was raped and murdered into a wellness centre for people affected by gender-based violence.

"We want to turn that post office from a place of violence into a place of healing," Mrwetyana told dozens of community leaders, academics, politicians, clergy and pupils attending the launch at Uyinene's alma mater, Kingswood College.

Speaking out for the first time in public about the devastation of losing her remarkable daughter, Mrwetyana said she had been forced to reflect and think critically about what had gone wrong in the world.

"Uyi-Uyi always operated with passion and eagerness in responding to social ills plaguing our society. It was particularly painful to have lost her to the very violence she stood so strongly against."

Her passion for social justice is the side of Uyinene that the foundation would tap into.

Noma said the foundation would strategically partner with multiple stakeholders to fight gender-based violence and equip young people to stand against it.

Social development MEC Siphokazi Mani told the Dispatch the provincial government would throw its full support behind the foundation.

Duchess of Sussex Meghan Markle sent a video in support of the foundation.

She said gender violence was not unique to SA.

Springbok Rugby World Cup star Makazole Mapimpi, who was unable to attend the launch, sent a passionate message of support.