'Lawyers are under siege': friend of advocate gunned down in Cape Town 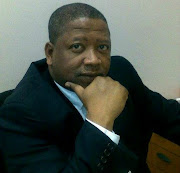 A close friend of an advocate who was gunned down at a petrol station on Sunday says some members of the legal profession have become "soft targets"  in Cape Town.

Advocate Vernon Jantjies, 54, died in a hail of bullets at Lentegeur in Mitchells Plain as he stepped out of a shop.

Police said several shots were fired at the former magistrate, who was practising as an advocate and had represented accused in criminal matters when he died.

“It is alleged that at 9:40pm the deceased had just stepped out of a shop at a garage in Lentegeur, Mitchells Plain, when several shots were fired at him. He died on the scene."

Jantjies’s friend, advocate Gilbert Jose, said on Monday the legal profession in Cape Town appeared to be under siege.

Jantjies’s death follows the shooting of other prominent lawyers in the city. They include advocate Pete Mihalik, who was shot while dropping his children at school in Green Point, in October 2018.

Attorney David Mbazwana was shot dead in a spaza shop in Khayelitsha in May.

Mihalik and Mbazwana’s deaths were preceded by the killing of attorney Noordien Hassan, who was shot outside his home in 2016.

“We have spoken about lawyers’ safety and we said we are facing an unknown enemy because it sounds like people don’t want us to do our work without fear or favour. We do not know who is killing us,” said Jose.

“We live in a culture where people are  acting and reacting and not thinking about the consequences. I am not keen to stay in this fraternity. I want to live for my kids and grandchildren. If I cannot be a fearless lawyer, then I will always be apprehensive. I cannot represent someone with a lot of apprehension. No one would want a lawyer who is scared.

"We live in a lawless culture. It’s totally unthinkable and it makes it very difficult for lawyers to work in the court corridors.”

Jose said Jantjies had not expressed fears about  his safety.

Image: Facebook/Vernon Jantjies Jantjies had not voiced fears about his safety, said a close friend.

"We know anything could happen but we have obviously relied on the respect the public has for us. But people have become ruthless now. We feel we are soft targets. I spoke to magistrates who have known Mr Jantjies for years. They are shocked. They are devastated,” said Jose.

He and Jantjies knew the other slain lawyers.

“These are guys we knew. Mihalik was a prosecutor in front of both of us as magistrates. We knew him very well,”  said Jose.  “I am not in a good space”  he added.

“I have known Jantjies since 1984, when we were students at the University of the Western Cape. We became magistrates together in 1993. We were among the first non-white magistrates appointed before democracy. That man lost his child 15 years go. His son was run over by a bus in front of his house.”

Jose said Jantjies had lived with his family in Cape Town.

“He stayed with his wife in Strandfontein. I know his family very well,” he said.