Four die, 8 injured after taxi rolls on N1 in Tshwane 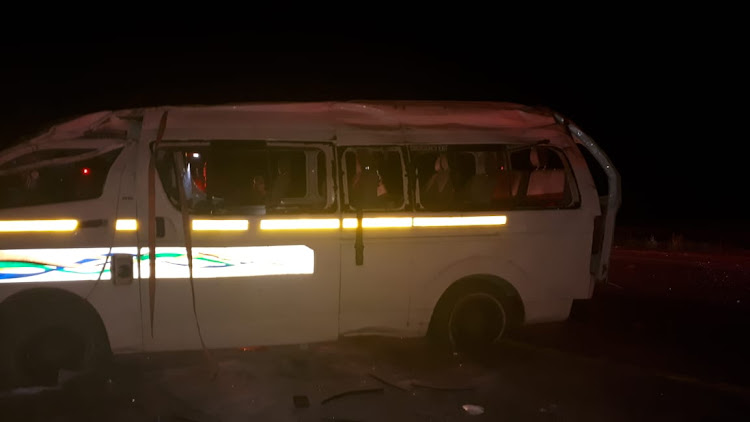 The taxi rolled on the N1 in Tshwane on Sunday evening.
Image: Netcare911

Four people died and eight were injured when a minibus taxi rolled on the N1 in Temba, Tshwane, on Sunday evening.

He said several passengers from the taxi were ejected in the crash.

Two men and two women were declared dead on the scene.

Two others were seriously injured, while six people sustained minor to moderate injuries.

Influencer 'ThickLeeyonce' on the mend after horrific car crash

A close friend of Lesego “ThickLeeyonce” Legobane has shed light on the car accident that put the model and influencer in ICU.
News
2 years ago
Next Article