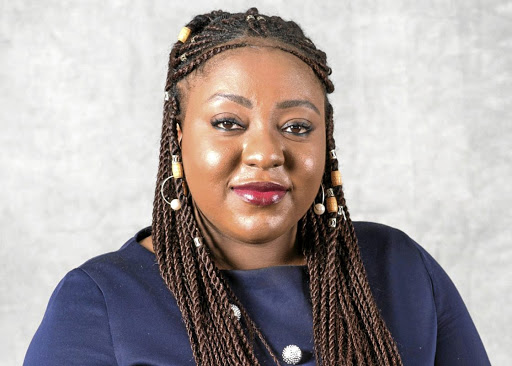 Claims that the former Tshwane MMC for roads and transport Sheila Senkubuge immigrated to South Africa from Uganda in 2011 are “grossly wrong”.

Home Affairs minister Aaron Motsoaledi dismissed allegations made over the weekend that Senkubuge only entered South Africa in 2011 and was naturalised in 2018 saying that her parents migrated from Uganda to the former Transkei 36 years ago.

“We wish to correct this information because it is grossly wrong. Because of the widespread interest in the matter, we went to retrieve the case file which gives all the information as far back as 36 years ago, in 1983, which shows that her parents entered the former Transkei from Uganda to work at the Department of Education,” Motsoaledi said.

He said that Senkubuge, who was born in 1984 in the former Transkei, and her parents were transferred into South Africa during the transition from apartheid to democracy.

“As you know, all the people who were in the former Transkei were transferred into SA in terms of the laws which were agreed to during the transition from apartheid to democracy,” Motsoaledi said on Sunday.

This came after questions were raised about Senkubuge’s citizenship and her eligibility to hold a council seat because she was not a naturalised South African at the time of her election in 2016.

The allegations came in the wake of a leaked audio “sex tape” between Senkubuge and her now former boss City of Tshwane mayor Stevens Mokgalapa.

The claims questioned why the DA would field her as its councillor when she was not a South African citizen.

Motsoaledi has now refuted these allegations but said that it was still not clear whether by virtue of being transferred into South Africa Senkubuge was eligible to stand as a councillor.

“As to contemporary issues, as to her eligibility to registration and voting, is a subject to the police investigation and together with the IEC, we are investigating the matter. We would not want to offer you half-baked answers,” he said.

The Independent Electoral Commission also said that documents they had on their voter’s roll showed that Senkubuge was a citizen.

“The Electoral Commission confirms that Ms Senkubuge was verified as a citizen and thus placed on the voters roll,” said IEC spokesperson Kate Bapela.

“It is on this basis that she was able to contest as a candidate in the 2016 general elections of municipal councils.”

Senkubuge on Friday resigned from her positions as MMC for roads and transport and PR Councillor.

In her resignation letter, sent to DA leaders, Senkubuge said: “It has become clear that attempts to vilify me are taking focus away from the purpose of my role in office. This will in turn inevitably effect service delivery to our residents”.

Abel Tau has been appointed as the acting executive mayor for the City of Tshwane, the DA announced on Thursday.
News
2 years ago
Next Article