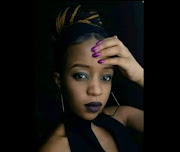 Image: @NalediChirwa via Twitter Precious Ramabulana, a Capricorn TVET College student, was murdered in her rented room at ga-Joel Section in Mokomene.

President Cyril Ramaphosa has lauded police for the swift arrest of a suspect for the murder of 21-year-old Limpopo student Precious Ramabulana.

Ramabulana, who was a student at Capricorn TVET College, was murdered in her rented room at ga-Joel Section in Mokomene in the early hours of Sunday morning.

A 28-year-old man was arrested for her murder at his parents’ home in Nyakelang Village, Botlokwa, in the early hours of Thursday. According to Ramabulana’s family, he was found in possession of her cellphone, bloodstained clothes and a sharp object.

“Earlier in the week I had requested [the] minister of police [Bheki Cele] to spare no effort to track down the perpetrator of this heinous crime — that we have now had an arrest is truly sterling police work,” Ramaphosa said on Saturday.

“We are keeping our promise to the women and girls of this country that our law-enforcement authorities will not hesitate to act against perpetrators of gender-based violence. We are making sure that violent criminals are apprehended and not left to roam the streets with impunity where they can attack again,” he added.

“Since Precious’ death the women of the community have told us they feel unsafe and fearful; the arrest of the suspect will not only reassure them but bring a measure of comfort to her bereaved family,” said Ramaphosa.

Ramaphosa will visit the Ramabulana family in Makhado, Limpopo, on Sunday to pay his respects, the presidency said.

“This includes resourcing and capacitating the SAPS to enable it to investigate cases of GBV effectively,” the presidency said.

At Monday’s launch of the annual 16 Days of Activism of No Violence against Women and Children campaign Ramaphosa had also directed that additional capacity would be provided to police forensic teams to bolster investigations.

Forensic specialists formed part of the team that arrested the suspect in Botlokwa.