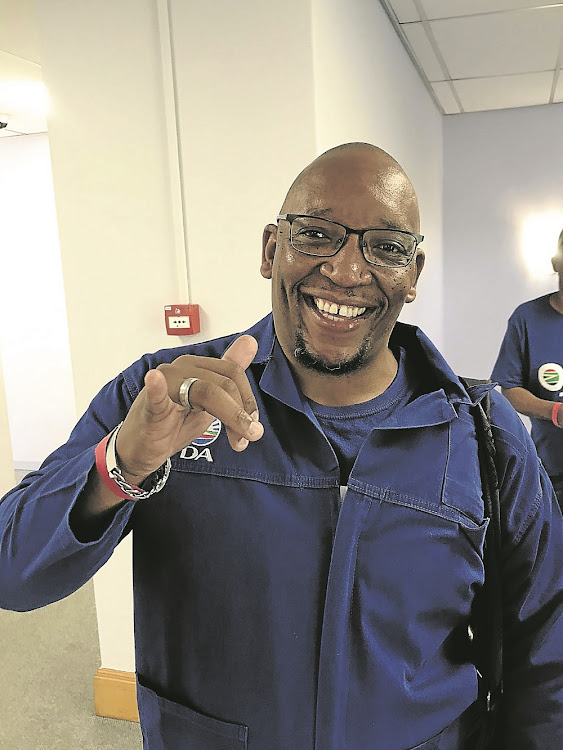 The DA has conceded that it will lose the City of Johannesburg if it fails to strike a deal with the EFF by today.

This as the EFF refuses to take calls from the DA which wants help in replacing former mayor Herman Mashaba with Funzi Ngobeni.

DA provincial leader John Moodey told Sowetan yesterday that they were aware of the possibility of losing the mayorship today because the EFF had refused to engage with them after their divorce early this year.

"If the EFF doesn't vote with us on Thursday, we are going to lose the metro," said Moody.

"There are no negotiations with the EFF. We tried to open up to them but...We are now going to go in the sitting in good faith and hope that the EFF votes in good faith."

Earlier this year, the EFF said it would cease to vote with the DA and announced that it would field its own mayor following Mashaba's resignation last month.

Its leader Julius Malema last week complained that the DA had made matters worse by announcing Funzi Ngobeni as its mayoral candidate without consulting them as voting partners.

There 269 seats in the council with 121 belonging to the ANC while the DA's coalition has 115 seats. This means the EFF, with its 30 seats, is once again the kingmaker.

The other three seats belong to FF Plus, Al Jama-ah and the Patriotic Alliance.

Should the EFF decide to abstain from the vote, the ANC would win as the DA coalition does not have enough seats to clinch the mayorship without their help.

The ANC had not announced its mayoral candidate, while the EFF announced that it was fielding Musa Novela as its candidate.

Moodey said that the DA was not negotiating horse-trading with anyone as all its coalition partners, which include the IFP, AIC, COPE, UDM and ACDP, were on board and would be voting for Ngobeni.

Meshoe added that the meltdown of the relationship between the EFF and the DA could turn things around.

"If the EFF does not change its mind and support the DA coalition, nobody knows what is going to happen," he said.

It is refreshing to learn that beleaguered Tshwane mayor Stevens Mokgalapa will be placed on special leave today by his party, the DA.
Opinion
2 years ago

The future of Tshwane mayor Stevens Mokgalapa hangs in the balance.
News
2 years ago

Herman Mashaba on job as mayor: 'I got rid of colleagues who only served themselves'

Herman Mashaba will be hanging up the mayoral chains on Wednesday after three years in office as Johannesburg's mayor.
News
2 years ago
Next Article