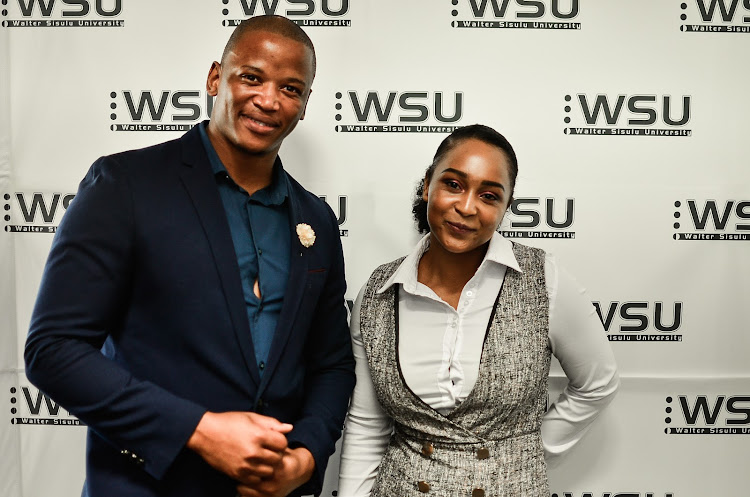 Two students from Walter Sisulu University - a historically disadvantaged institution - have invented a groundbreaking prosthetic leg which will give financial and physical relief to the over three million below knee amputation casualties occurring annually.

Final year medical orthotics and prosthetic students Zanodumo Godlimpi and Siphosethu Mgwili’s invention is expected to save children and adolescent amputees thousands of rands in upgrades as they go through physical changes over time.

Mgwili’s innovation will allow amputees the ability to adjust their own height in their homes to their comfortable and functional height.While Godlimpi developed a pneumatic actuated below knee prostheses that utilises pressurised air and pneumatic cylinder that can plantar-flex and dorsi-flex to achieve a range of motion of 360 degrees.Mgwili said prosthesis are expensive which leads to scarcity of prosthesis in most developing and underdeveloped countries.

“The main interest and purpose behind this study was to help prosthetic users and suppliers by decreasing the cost of the prosthesis, making them more functional affordable and available to people. We wanted to decrease the number of prosthesis one has to use especially for those amputated at childhood,” Mgwili said.

The minister of higher education, science and technology, Dr Blade Nzimande, said it is pleasing to note the increase in research and innovation output from a Historically Disadvantaged Institution (HDI), such as WSU, which for decades have been systematically left out of the research and scientific ecosystem of our country and the world.

Nzimande has committed to ensure an increase in the number of HDIs who partner with foreign universities and colleges to learn and share best practices, particularly with those lead institutions who are renowned globally for their scientific and innovation advancements.He said it is undisputed that innovation is the keyword of

“our times in response to modern day challenges facing our society, be it socially, environmentally and economically.”

Giving shack dwellers home to be proud of

Edwin Makhumisani grew up as an orphan before he discovered his construction talent.
News
3 years ago
Next Article