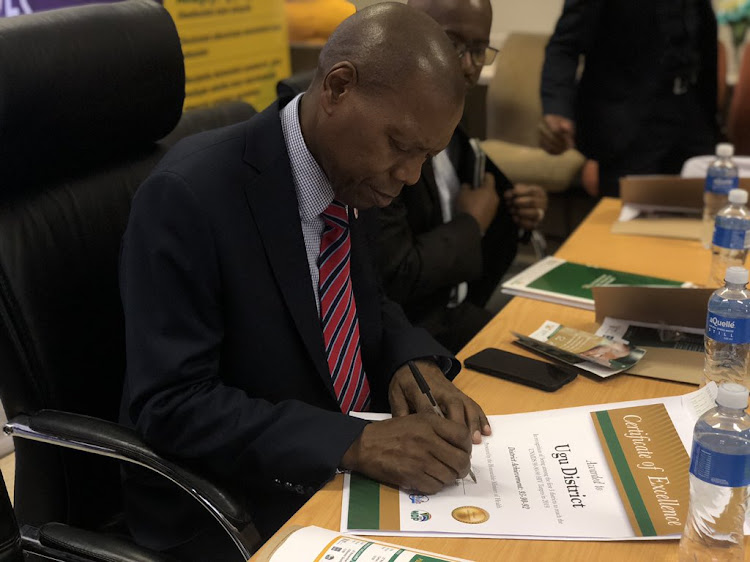 Health minister Dr Zweli Mkhize at the launch of a new ARV in Ugu, KwaZulu-Natal.
Image: Twitter via @DrZweliMkhize

Health minister Dr Zweli Mkhize has praised KwaZulu-Natal for being the only province to achieve a critical UN target in the fight against HIV.

He was speaking on Tuesday at the launch of a new anti-retroviral - said to be more effective and affordable than current ARVs - in the Ugu district on the KZN south coast. Ugu has one of the highest HIV infection rates in the world, with 27% of the population carrying the virus.

Mkhize said three districts in the province had reached the UNAids target. “One district that has achieved that is Ugu, but there are two others in KZN that have achieved it or would have achieved it by the end of next month. They are uMzinyathi and uMkhanyakude.”

The aim of the initiative is to diagnose 90% of all HIV-positive people, provide antiretroviral therapy (ART) for 90% of those diagnosed, and achieve viral suppression for 90% of those treated - all by 2020.

The public will now have access to the content and topics used by teachers for sexual education lessons.
News
2 years ago

Mkhize hoped that the launch of the new fixed-dose treatment, called TLD (tenofovir/lamivudine/dolutegravir), would increase that number.

The new tablet is a combination of a relatively new drugs (tenofovir, lamivudine and dolutegravir), used alongside a drug called efavirenz.

Unitaid, a global health initiative that works to bring about innovations to prevent, diagnose and treat major diseases in low- and middle-income countries, provided support during the trial.

Carmen Pérez Casas, HIV strategy technical manager at Unitaid, said the new drug is stronger and more effective than others drugs on the market. She said it will also be affordable because South Africa had managed to secure it at a relatively low price. 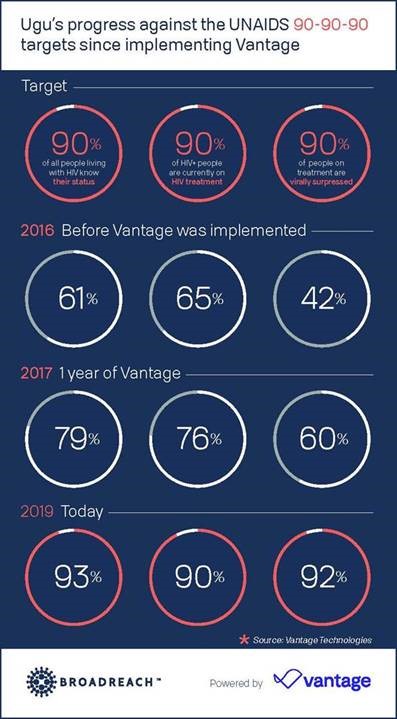 “This product is more resistant to resistance. It’s more endurable, in the sense that it is harder for the virus to become resistant to the treatment. This basically means the treatment can last longer. We have already heard some worrisome reports about resistance to the previous drugs,” she said.

“It is easier to use than the previous regime they were using. It has fewer side effects. In addition, it implies less quantity of medicine because it's more powerful, so you require fewer milligrams - so the pills are smaller and easier to take.

“The industry-led tryouts didn't include the different representation of the people in countries like South Africa. For example, only 9% of the people in the initial industry tryouts were black females, but the epidemic affects 42% of them - they were not represented. It was the same thing for people with co-infections like TB, which is the most common co-infection.”

Mkhize said the new treatment would be rolled out countrywide in 2020.

However, he warned pregnant women to not use the drug during the early stages of pregnancy.

"We are just creating a caution [for] pregnant mothers: in the first few weeks it might be something we won't encourage, but afterwards it's not an issue," he said.

Dr John Sargent, managing director of Vantage Technologies and co-founder of the BroadReach Healthcare, one of the partners involved in the campaign to achieve the target in Ugu, was delighted with the result.

"We are so proud to have been part of the Ugu journey since 2007. Their success is testament to their leadership’s innovation and courage to embrace technology and new ways of thinking to achieve incredible results," he said.

"Through embracing the power of data, they have been able to focus attention on interventions that have real impact and guide their teams to success to save more lives."

Get condoms from taxis for free

Aids council and taximen team up.
News
2 years ago
Next Article