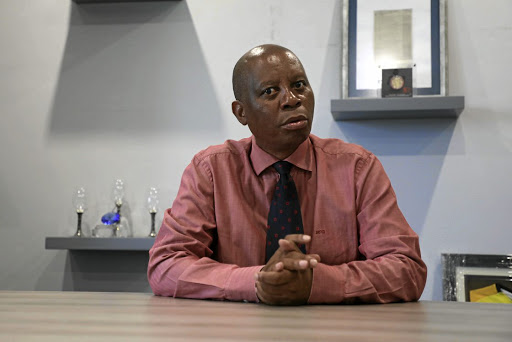 Had the DA secured the majority of votes in the 2016 local government elections, Herman Mashaba would not have survived even a year in office.

This is how the outgoing Johannesburg mayor summed up his attitude towards the DA after his three years at the helm of the country's largest economic hub.

Mashaba resigned both as DA member and mayor of Joburg last month after a tumultuous tenure running the city.

"I will be a free man," a jovial Mashaba declared in an interview with Sowetan at his office in Braamfontein.

Mashaba's term as mayor has been punctuated by controversies, especially his perceived negative sentiments towards foreigners and his suspension of senior managers. There were also efforts to remove him from office.

But none of these gave him sleepless nights.

His main troubles, he said, came from the party that placed him as a mayoral candidate.

His administration is an amalgam of Inkatha Freedom Party, African Christian Democratic Party, United Democratic Movement, Congress of the People and
Al Jama-ah, which formed a coalition government. Jama-ah later pulled out.

The EFF supports the coalition on issue-by- issue basis in the council.

Mashaba said it was the DA that made his job harder. This, he said, became more pronounced when he absorbed over 3,700 security guards into the city's payroll.

"I don't want any association with the DA. I thought the DA, when it talks about one South Africa for all, they meant it. But they were against my pro-poor policies. When I raised this matter with them, they said to me it is not DA policy. I said to them go and make it your policy, us as the city of Johannesburg we are going to in-source.

"I was lucky that I was not answerable to the DA but the multi-party government .The DA has been a difficult partner from day one. They thought they were going to micro-manage me and I refused. 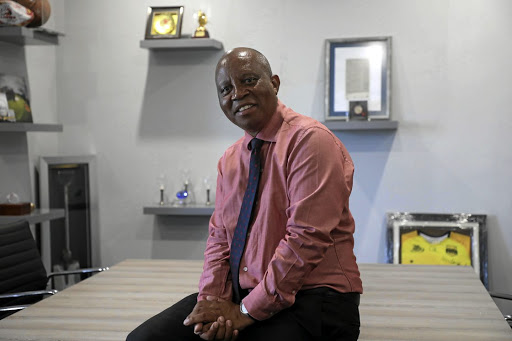 "If the DA had received the majority votes during the 2016 elections, I would not have survived a year. I would have resigned in the first year [in office]. I had ideas that were pro-poor, theirs was targeted at [serving] the rich.

"Some of their caucus members complained that I was spending money on people who are not paying taxes. I took it as an insult."

Despite facing such resistance within the party, Mashaba said he was grateful for leading Johannesburg for three years.

He survived three attempts by the ANC to remove him from power.

"It has been a privilege. I take myself to be one of the most fortunate human being in life.

"To be given an opportunity to serve my country with no knowledge of politics, and to run the most complex multi-party government.

"It was very difficult. The EFF did not actually want me because of my capitalist tendencies.

"I was thrown into this. The DA never prepared me. I was never part of the coalition negotiations process. The ANC tried to destabilise my administration. What I did was to make sure that I get coalition partners behind me. The only way I could do this was to negotiate in good faith."

This enabled the city to make a dent on its infrastructure backlog, which was put at R170bn.

This week he conducted a sod-turning ceremony of the new Lutz substation in Honeydew worth R105m.

'This was a brutal job': outgoing Joburg mayor Herman Mashaba

Outgoing Johannesburg mayor Herman Mashaba says his job as the first citizen of SA’s biggest metro was the most rewarding.
News
2 years ago

But one of his biggest flagship programmes was dealing with the decay of the Johannesburg inner city.

His initiative to turn hijacked buildings into housing has started to yield results.

About 600 buildings have been identified to be turned into low-cost housing.

A total of 184 buildings are already out on tender. Of these, 159 have already been awarded with bank guarantees, some have started being constructed. These are expected to yield 7,000 housing units.

Inner city rejuvenation has attracted about R32bn worth of investment, and most construction companies benefiting from the project are black-owned.

The city also gave back more than 50 buildings to their rightful owners. The assets were handed over with an agreement that they would renovate them.

Mashaba is not bothered by critics who describe him as EFF-controlled.

"If what people are saying is that the EFF cares about poor people, then that is fine. "

The DA has announced current MMC for finance Funzela Ngobeni as Mashaba's replacement. He expressed confidence in him

"I have worked closely with him. I involved him in every meeting with our coalition partners . The question is, will he be decisive enough, or will he listen to Helen Zille? If he is going to allow the DA to control him, he will fail."

Mashaba said by next week he will leave the country to "some remote island" to relax, read and drink wine.

His next adventure is to start a platform where South Africans can share their ideas on how they think South Africa can be taken forward.

When asked him if this could lead to the formation of a political party, Mashaba said jokingly: "If it does, we would not be committing a crime. The aim is to get South Africans talking about the South Africa they want."