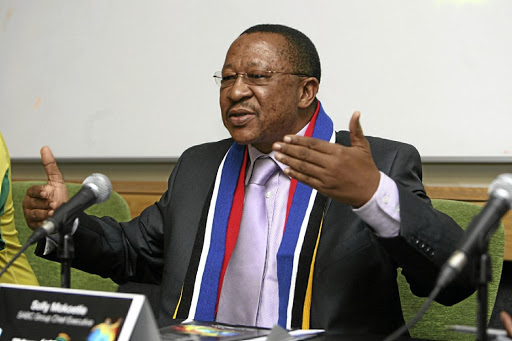 A silent giant has fallen. When I heard of Solly Mokoetle's passing, my heart sank.

I was saddened, but when I look back, I am filled with pride for having worked with him.

The uncle Solly I know, as he was affectionately known in the department of communications while I was the minister, was the most humble, daring and insightful person.

When he unceremoniously left the SABC, to many it was the end of him. To me, it was just the beginning.

There are some who now claim him as their hero and a comrade, yet they took cover when days were dark. Little did we know that the road to hell is paved with good intentions.

His departure must have been a period one can only imagine was full of pain and emotionally draining.

Broadcasting is the only language he knew in the main since 1976 when he left the country.

To me, he remained a veteran broadcaster. His Struggle credentials "tower" above the rest and he is undisputed, as the ANC Veterans League has said.

It is by no coincidence that he was selected with a group of 10 and sent to Moscow to specialise in broadcasting during the apartheid era.

This was when the ANC had requested the Angolan government, under the leadership of Agostinho Neto, to use its broadcast facilities.

His return to Angola from Moscow in 1977 was met with baptism of fire - he underwent military training with the June 16 Detachment in Benguela Province.

The first broadcast of Radio Freedom from Luanda took place in June 1977, with Mokoetle as head of the unit.

Later, he became the head of Radio Freedom in Tananarive, Madagascar, in 1979 and in 1982 in Addis Ababa, Ethiopia.

When malome Solly joined the SABC at the dawn of our democracy, he worked tirelessly, rising through the ranks to ultimately become its group chief executive officer.

As fate would have it, things happened and the rest is history.

When I was appointed minister of communications, I was met with a stagnant programme called digital migration. It had not moved an inch since it was announced by Cabinet in 2010.

It required a broadcasting giant who was equal to the task. I literally searched for him. I found him somewhere in Magaliesburg.

He was not just late but malome Solly was very late. I waited for him for three hours. As my elder, I pardoned his tardiness.

I could have left and attended to other matters of national importance but didn't.

I was amazed by his humility. An unassuming character, jobless and broke, but his spirit was unbroken.

There were good and bad times. I recall at some point a newspaper headline screaming: "Solly Mokoetle missing". 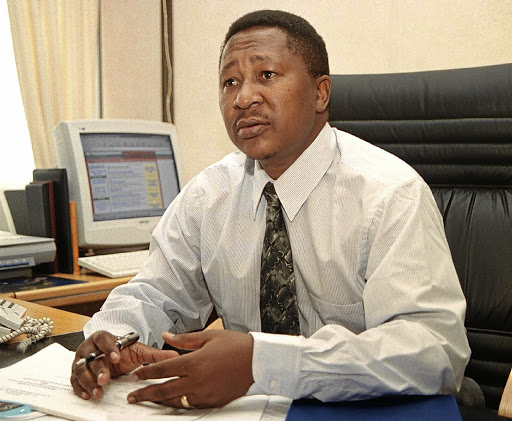 Solly Mokoetle was a broadcaster who loved telling a good story. He died on November 15.
Image: Sipho Maluka / Gallo Images

I made a passionate plea to the nation to help us find him.

Soon the newspapers wrote: "Solly Mokoetle found". He was found at the Mahatma Gandhi Memorial Hospital in Durban.

That is how far I would go for uncle Solly. I continued to visit him while he was sick and his face was that of a strong man trying to survive.

I appointed him head of the broadcasting digital migration project management office in my office.

It was under his leadership that South Africa finally moved forward with digital migration.

The Sunday Times wrote: "It finally happened. South Africa launched digital terrestrial television, ushering in a new chapter in the country's broadcasting history, but one that has arrived many years later than promised."

Had uncle Solly not been a part of my team, we would probably still have not reached this milestone. We arrived in the communications department at a late stage of the game after South Africa missed the digital migration deadline 17 June 17 2015, which was agreed to with the International Telecommunication Union. We pushed and pushed harder. Uncle Solly had the bigger picture.

Tech Central's Sunil Gopal's 2015 review of "Muthambi's first year as minister assessed" gave credence to my long-held view that uncle Solly was a bigger man, with a bigger vision for the country.

Gopal said: "Muthambi's project leader, Solly Mokoetle, is right in saying that the main aim is to free up spectrum for the roll-out of broadband by telecoms operators." He pushed the boundaries.

We could have had cross-border radio frequency spectrum interference with Zimbabwe, Namibia, Lesotho and other neighbouring countries.

When the Constitutional Court ruled in my favour as the communications minister, in a judgment that approved non-encryption for government-subsidised set-top boxes (STBs), it was uncle Solly who was at the helm, and this revised digital migration policy took him only two months to complete.

Death be not proud, though some have called thee mighty and dreadful. You have robbed us of a son of the soil, but his rich legacy remains. Vha edele nga mulalo (may your soul rest in peace). Mokoetle died on November 15.

- Muthambi (MP) is the former minister of communications. She writes in her personal capacity