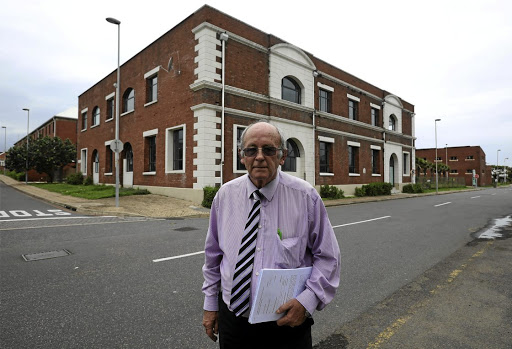 Dr Peter Munns, chair of The Ark Christian Ministries, outside the former church and shelter from which the city evicted the homeless in 2004.
Image: Sandile Ndlovu

A Christian organisation on Monday lost its bid to sue the eThekwini municipality for R500m due to a legal snag.

The Ark Christian Ministries hauled the city to the Durban high court in an attempt to recover millions of rands allegedly owed to it after the municipality failed to find alternative accommodation for its church and shelter for the homeless.

SowetanLIVE sister publication Sunday Times reported that the shelter, which housed at least 900 homeless people and fed more 1,000 daily, was evicted in 2004 to make way for the upmarket Point development.

Some of the foreign nationals who have been taking refuge in Cape Town’s Central United Methodist Church have begun to accept relocation to other ...
News
2 years ago

Chairperson Dr Peter Munns claims that the grant of over R10m that it qualified for was never released as promised for the "relocation and establishment costs of infrastructure".

Munns appeared on behalf of the organisation, but was told in court that because the NPO was in the process of being deregistered, the matter could not proceed to trial.

Advocate JP Broster, representing the municipality, raised this technicality on a point of law, stating that Munns had attempted to re-register the company but had failed.

In handing down judgment, judge Anton van Zyl noted that it was a "sad case with a long and sad history".

"The defendant's counsel raised the fact that the company was not registered in its pursuing the relief it would want to obtain, thus trial was incapable of proceeding," he said.

Van Zyl ordered that the case be removed from the court roll.

The South African Human Rights Commission has slammed the “violent” attack on religious leaders at the Central Methodist Church in Cape Town.
News
2 years ago
Next Article