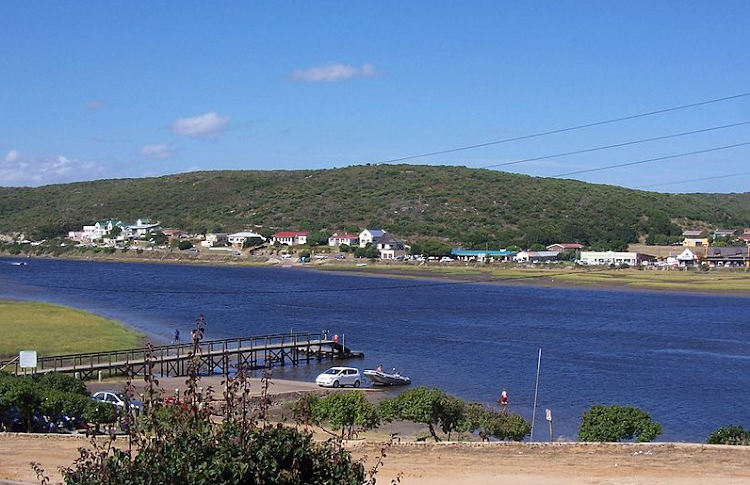 The Goukou River in Still Bay in the Western Cape.
Image: Wikimedia / screenshot

Eyewitnesses contacted the National Sea Rescue Institute (NSRI) just in case a man and woman they spotted swimming offshore of the Goukou river mouth in Still Bay in the Western Cape were in trouble.

Their fears were not unfounded. When a rescue craft reached the pair, rescuers found the woman battling to keep the man's head above water. He was unconscious.

“Eyewitnesses indicated that they could not be certain if the two swimmers were in difficulty but they raised the alarm as a precaution,” NSRI spokesperson Craig Lambinon said in a statement.

“Following a brief search at the river mouth we found a couple, a 27-year-old male and 22-year-old female from Jongensfontein, 250 metres offshore of the river mouth, behind the backline. The female was supporting the man to stay afloat and he was unconscious in the water.

Two people, including a six-year-old boy, drowned in KwaZulu-Natal at the weekend.
News
2 years ago

“They were rescued onto our sea rescue craft and brought safely into Still Bay harbour with our NSRI medics treating the couple for hypothermia and non-fatal drowning symptoms.”

The incident happened on Thursday afternoon at about 5.30pm.

The woman did not require further medical assistance and the man was taken to hospital. He was discharged on Friday.

“It appears that they had been swimming at the river mouth and were caught in rip currents and swept to beyond the backline.

“The lady is commended for assisting her partner and the bystanders who raised the alarm are commended,” said Lambinon.

Man drowns while swimming with his wife in Umhlanga

A man is presumed to have drowned while swimming at a non-swimming beach north of Bronze Beach, Umhlanga Rocks, on Sunday morning.
News
2 years ago

Johannesburg father drowns at KZN beach trying to save daughter

A Johannesburg man has died at at a beach on the KwaZulu-Natal south coast while trying to save his daughter from drowning.
News
2 years ago

Man drowns while helping to save girl in Cape Town

A 29-year man drowned on Wednesday while helping to save a girl near Khayelitsha.
News
3 years ago
Next Article