It’s not about jumping hoops: Kabelo Mabalane after ordained as Rhema pastor 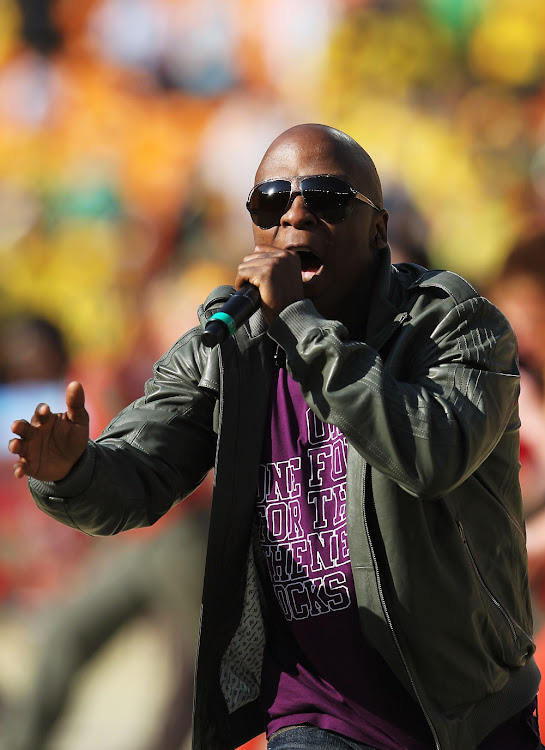 Kwaito star Kabelo Mabalane has been ordained as a pastor.
Image: Getty Images

Kwaito star Kabelo Mabalane was officially ordained as a pastor on Sunday at Rhema Bible Church in Randburg, Johannesburg.

His wife and actress Gail Mabalane was right by his side.

While the ordination has been long time coming for the 42-year-old Tkzee member, his spiritual journey is less about titles and more about functionality.

Mabalane started serving at Rhema in 2005, first as an usher then running two home groups and making his way to ministering the word of the Lord on Sunday nights.

“There are certain processes to go through and it’s not about jumping hoops. It’s not like you go through a process like you write exams. People need to see you walking in and out; and wanting to serve God and his people,” Mabalane told Sowetan yesterday.

“What happened on Sunday at the ordination is something that had happened in my heart long time ago. It was just a matter of making it official and bestowing the title upon me.

“For me, it has never been about titles – it’s about functionality. Be about what you say you are and forget about the titles.

“But I guess you have to respect the way things are done. There is room for the official part of it. Let’s rather focus on what people are based on what they do and not what they are called.”

His spiritual journey started as a young boy in primary school, first going to a Methodist school and later Catholic school.

Mabalane, a recovering drug addict, has been a born-again Christian since 1996.

“It’s not over until it’s over. God is a God of second and third chances and so on,” he said.

Speaking to Sowetan yesterday, his widow Lerato Sengadi said she could not wait to accept the award on his behalf at Sun City, on June 1.
Entertainment
3 years ago
Next Article