Hawks struggle to pin down Louis 'Sprinter' Tshakoane and wife 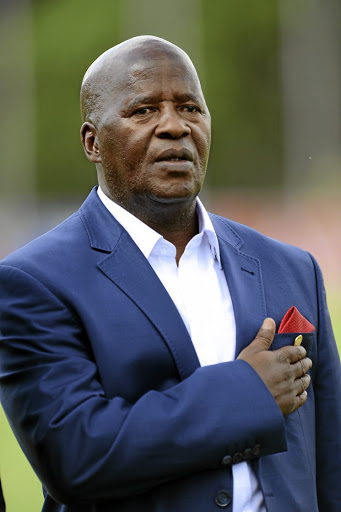 There is sense of hopelessness among some of the people who invested in a scam run by former Kaizer Chiefs public relations officer Louis "Sprinter" Tshakoane, his wife Komane and his son Louis Tshakoane Junior.

Hawks confirmed yesterday that they have not been able to find Tshakoane and his wife since securing a warrant of arrest in May.

"I have spoken to the investigating officer and was informed that they have not found him yet. They are following all the possible leads which have been brought to our attention. They are working with informers and other law enforcement agencies to track him down," provincial Hawks spokesperson Capt Ndivhuwo Mulamu said yesterday.

Mulamu said the Hawks had been to Tshakoane's house and found no one there.

One of the victims Nikiwe Lekola said the matter had dragged for too long.

"I have given up that they will find them. I have let it go. I don't know why they can't find him. I have decided to move on," said Lekola.

She invested R1,500 in the scam with the hope of making more money.

"I have no hope in them being arrested. They've eaten the money. They lived a luxury life," said Somfula, who invested more than R20,000.

Sowetan visited Tshakoane's home in Norkem Park, Ekurhuleni, but could not establish if someone lived there or not.

The couple, Louis, 70, and Komane, 55, are wanted for their alleged involvement in an alleged illegal multi-million rand investment scheme tagged 'Undercover Billionaires'.

The Hawks said between 2014 and last year, the Tshakoanes, allegedly persuaded unsuspecting funders around the country to bankroll the scheme.

Hawks said further investigations revealed that the family's company was not registered with the Financial Sector Conduct Authority (FSCA). Investors were lured with promises of higher than normal returns on their capital which they ultimately lost.

The initial case was opened in July 2017 against Tshakoane Junior, 29. He subsequently handed himself over at the Johannesburg Hawks offices in March last year, in the company of his parents and an attorney. He is out on R70,000 bail.

But further investigations implicated both Tshakoane Junior's parents and warrants for their arrests were obtained.