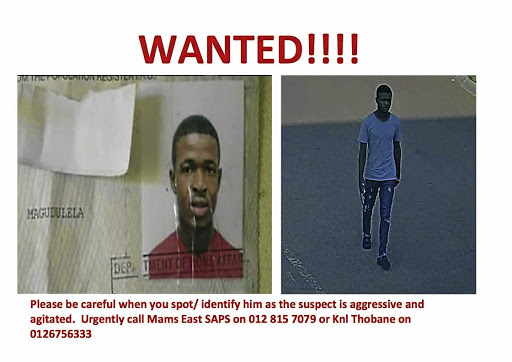 A 24-year-old man hoodwinked the Mamelodi Hospital into accepting him to work as a student doctor while he did not have qualifications.

For a full month, the man carried a stethoscope and reported for duty at Mamelodi Hospital daily as a student doctor from one of the SA's medical schools.

The man, identified as Richard Phumlani Magudulela, is now wanted by police for impersonating a student doctor after using what was later discovered to be a fraudulent letter bearing the letterheads of the University of KwaZulu-Natal to convince the hospital to take him in.

Dr Naing Soe, CEO of the hospital, said Magudulela started on September 29 and was last seen on October 31 as the hospital had been doing background checks on him.

Soe said when Magudulela first came to the hospital he found a manager "who was generous and kind" and wanted to help him secure space as a student doctor.

Magudulela's letter "from UKZN" was later discovered to be fake.

DRC national has no qualifications
News
3 years ago

"As the hospital's CEO I'm appealing to the public to help the police arrest this man because he must face law for what he did," said Soe

The hospital and the provincial department of health have since launched an investigation into the matter.

Soe said student doctors always worked under supervision of highly qualified doctors and were not allowed to attend to patients on their own.

"So far the hospital have not received complaints from patients about getting wrong treatment [by the fake medic].

Six suspected bogus doctors have been arrested in the Johannesburg city centre‚ in connection with health certificates issued to unfit drivers.Two ...
News
4 years ago

"Since 1 November when the hospital discovered the truth about the young man, he has never shown his face at the hospital... the man has been barred from entering the premises but I'm afraid the man can still dupe unsuspecting community members as he always carries fraudulent documents and a stethoscope."

The hospital is now on a campaign to warn all its patients against Magudulela.

A patient at the hospital who didn't want to be named said: "I'm glad the bogus doctor was [exposed] before he could ruin people's lives."

Mamelodi East police spokesperson Const Lethabo Mashiloane confirmed that a case of impersonating a medical doctor has been opened.

She said the police were appealing to members of the public to assist with any information regarding Magudulela.

A fake doctor was nabbed by the Hawks just as he was about to perform an illegal abortion at his premises in Malelane‚ Nelspruit.’Doctor’ Abubakari ...
News
4 years ago

Nurses and a clerk hailed for arrest of illegal abortion doctor

The North West MEC for Health‚ Dr Magome Masike‚ has hailed the “heroic” actions of nurses and a clerk‚ which led to the arrest of a bogus doctor in ...
News
6 years ago

Patients of a suspected bogus dentist nabbed in Limpopo last week have spoken out about the pain they experienced after her procedures. The alleged ...
News
7 years ago
Next Article