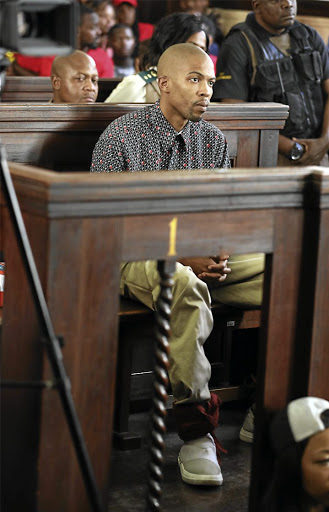 Kanya Cekeshe's lawyer says the #FeesMustFall activist is suffering from "extreme" mental health problems and is not getting any help in prison.

Cekeshe has been in Leeuwkop prison in Johannesburg since December 2017 after being sentenced to an eight-year prison term - three of which were suspended - for public violence and malicious damage to property.

He had pleaded guilty to setting a police vehicle alight during a fees protest in 2016.

Last month, the Johannesburg magistrate's court dismissed Cekeshe's application for leave to appeal against his conviction. His counsel indicated they would appeal the decision in the high court.

No presidential pardon for Cekeshe just yet, says Lamola

"Kanya is back in prison after he was discharged from hospital. He is suffering from extreme mental health problems and is not getting the necessary medical treatment in prison.

"We are in the process of arranging a private psychiatrist and psychologist to urgently consult him," Steyl said.

"The inmate is receiving medical attention. Where conditions are severe, we then employ the services of external specialists or outside hospitals.

"It cannot be true that he is not receiving attention from the department of correctional services. We are legally obliged to look after inmates in a safe and humane environment, and respond to their special needs," Nxumalo said, adding that he could not disclose the nature of Cekeshe's medical condition.

"The inmate must be given the best possible treatment," he said.

Justice minister's 'own goal': he can't help #FeesMustFall activist get a pardon - experts

A request for presidential pardon should come from convicted #FeesMustFall activist Kanya Cekeshe, not from the justice minister, law experts say.
News
2 years ago