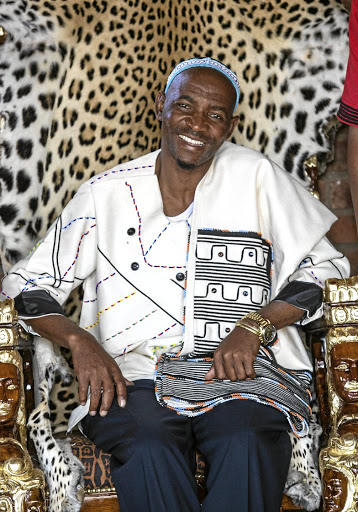 The Xhosa royal house has called for the Xhosa nation to mourn King Mpendulo Zwelonke Sigcawu for the next 12 months, while the nation has also been urged to wear its traditional regalia every day until the king is laid to rest on November 29.

The call was made yesterday by the king's uncle and family spokesperson, Xhanti Sigcawu, moments after an entourage of royals, clad in traditional regalia, had visited the Nelson Mandela Academic Hospital in Mthatha, where the king died on Thursday morning, to fetch his body.

"We urge all those who belong to the amaXhosa nation to heed this call as a sign of respect to his majesty.

"We are also appealing to people to robe themselves in their Xhosa traditional gear up until the king has been laid to rest," said the uncle.

The hospital's head of clinical services, Dr Mpumzi Mdledle, said yesterday that doctors had done all they could to save the king's life "but unfortunately, we lost him".

Mdledle was speaking to the entourage from the royal family that had arrived at the hospital mortuary to collect Zwelonke's body yesterday morning.

It was taken to the king's Nqadu Great Place in Willowvale, where he lived with one of his four wives, Queen Simanye, and their two-year-old son. The palace is not far from his elderly mother Nozamile's home.

There, the body was welcomed by dignitaries that included premier Oscar Mabuyane, deputy minister of state security Zizi Kodwa and Nelson Mandela's grandson nkosi Mandla Mandela, among others.

Shock and praise has met the news of the death of 51-year-old Xhosa king Mpendulo Calvin Zwelonke Sigcawu.
News
2 years ago

Mdledle did not go into details about the king's sickness, but Xhanti said he had died of "natural causes".

"His health took a turn for the worse after he came back from a weekend away in Cape Town. When he fell ill on Tuesday, he was taken to an East London hospital but was discharged the same day. On Wednesday, he had to be rushed to hospital again."

Sowetan sister publication Sunday Times reported that the king had to wait for nearly six hours before he was transported to hospital on Wednesday. This as his wife wanted him to be airlifted and not taken by an ambulance, fearing that the 2km gravel road from his Nqadu home to the tar road would be too bumpy for him as he had two fractured ribs from a recent car crash.

However, according to the Sunday Times, health officials told her that the helicopter could not fly in such poor weather. He was then transported in an ambulance.

Xhanti, however, poured cold water on such concerns, saying: "There was confusion as we were calling everyone to get the king assisted. I, together with prince Zolile Burns-Ncamashe, called health MEC [Sindiswa Gomba] to arrange for the king to be airlifted.

"The MEC tried her best but there was nothing she could do as the weather was bad."

Today, AmaRharhabe queen Noloyiso Sandile and her son, prince Jonguxolo Sandile, will announce the king's interim successor as agreed to by the family.