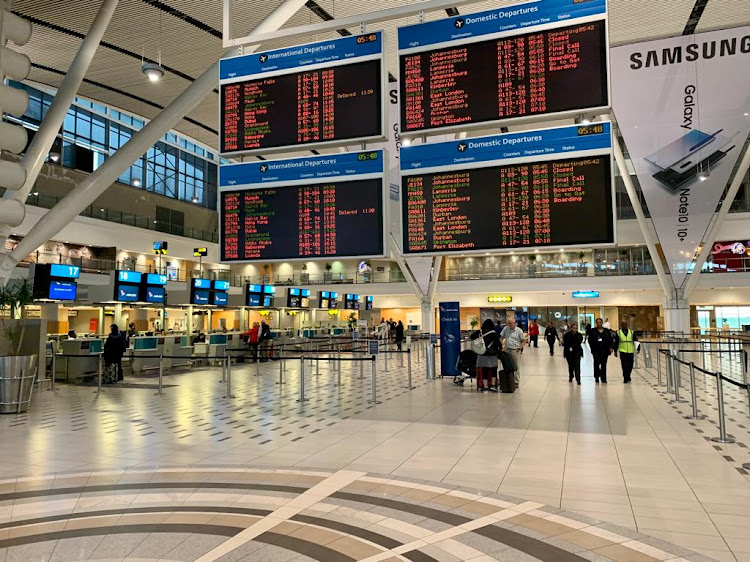 While some international flights resumed, domestic flights were not operating as the strike entered its third day.

Thousands of workers affiliated to the National Union of Mineworkers (Numsa) and the South African Cabin Crew Association (SACCA) downed tools at 4am on Friday. Passengers were forced to seek alternative flights — many of which were fully booked in the scramble to get seats.

SAA spokesperson Tlali Tlali said the decision to resume the international flights was made after an assessment of personnel who were available and willing to operate flights.

“Whilst some employees are on strike and have elected to do so in exercising their rights, the airline has a duty to render services to its customers where it has employees who have elected to report for work,” he said.

SAA said earlier that it had approached the Commission for Conciliation, Mediation and Arbitration (CCMA) to conciliate in the salary increment impasse.

Numsa spokesperson Phakamile Hlubi-Majola said in a statement that the unions would brief workers on Sunday about the mediation process with management.

SA Airways (SAA) check in counters at major airports were deserted as around 3,000 staff embarked on a strike on Friday saw domestic, regional and ...
News
2 years ago

“I wish to apologise to all our passengers for the inconvenience and frustration caused by the cancellation of flights as a result of ongoing industrial action by the South African Cabin Crew Association and the National Union of Metalworkers of SA. Our passengers deserve a smooth and a convenient service when they fly with SAA,” said Saunders.

Customers were requested not to travel to their departure airport unless in possession of a rebooked itinerary.

SAA said the cancellations were beyond its control.

The airline said customers booked for domestic and regional flights that remained cancelled were being reaccommodated on Airlink, a partner airline of SAA, and other airlines where possible.

Customers seeking a refund or who wished to rebook their travel on a future SAA flight  have until November 30 to finalise their arrangements.

The unions were expected to give an update on the arbitration and way forward at midday on Sunday.