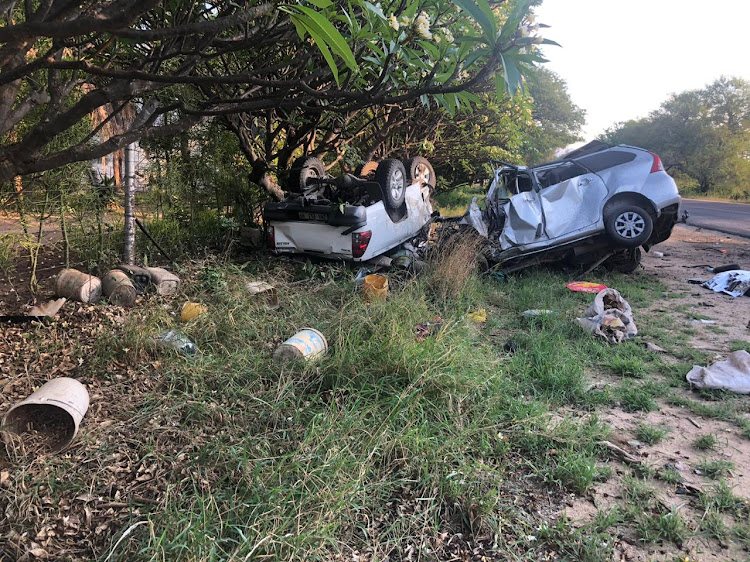 Eight people died in a head-on collision between a bakkie and car on the R531 road between Hoedspruit and Swadini, Limpopo, on Saturday.

One of two injured people transported to hospital for treatment after the crash died later.

“It is alleged that a Toyota bakkie 4x4 single cab travelling from Swadini direction collided head-on with a Toyota Avanza travelling from the direction of Hoedspruit. During this collision, eight people died instantly,” said police spokesperson Brig Motlafela Mojapelo.

Mojapelo said the process of identifying the deceased was under way.

The police endangered species unit was called to the scene after buckets containing snake skins, starfish, crabs and other dead sea creatures were found scattered about the crash site.

“They were apparently carried in the back of the bakkie. Investigations into their origin are unfolding,” said Mojapelo.

A case of culpable homicide was opened.

One dead, two trapped in mangled wreckage after truck crashes into Durban house

One person has been died and two others were "severely entrapped" inside the front cab of a truck which smashed into a Durban house on Thursday ...
News
2 years ago
Next Article