IN HIS OWN WORDS | Luyanda Botha: 'This is how I killed Uyinene' 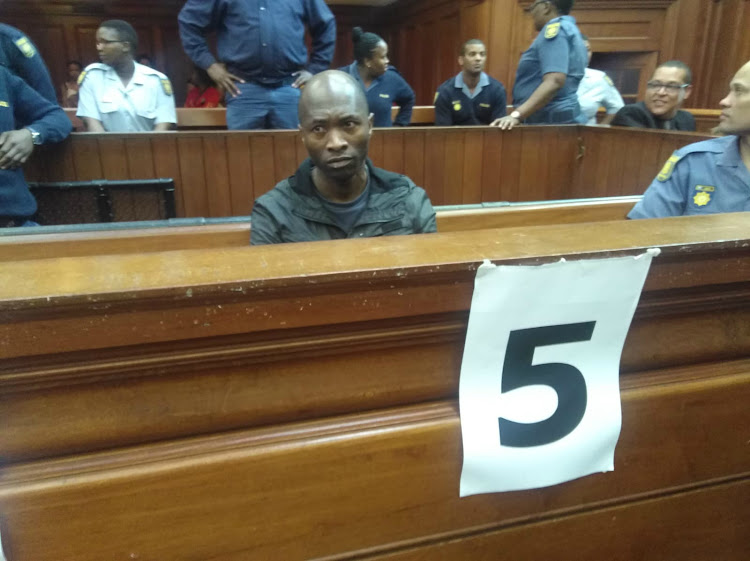 Luyanda Botha during his sentencing in the high court in Cape Town. He received three life sentences for the rape and murder of UCT student Uyinene Mrwetyana.
Image: Philani Nombembe

Rapist and murderer Luyanda Botha on Friday gave a chilling account of how he killed  University of Cape Town student Uyinene Mrwetyana.

The high court in Cape Town handed him three life sentences for rape and murder, and five years for defeating the ends of justice.

In a four-page admission read by his counsel, the 42-year-old former post office teller admitted to raping and murdering the UCT student, whose death ignited a fresh wave of activism against gender-based violence across the country.

"The parcel arrived at the post office on 16 August 2019. I registered the parcel on the same day.

"On Saturday 24 August 2019 I reported for duty at Clarenreich Post Office. The post office was due to close at 13h00. Shortly before 13h00 my colleague, Soraya Abdullah, went home as per an agreement between us, leaving me alone in the post office.

Luyanda Botha, who confessed to the rape and murder of UCT student Uyinene Mrwetyana, has been given three life sentences.
News
1 year ago

"I contacted the deceased to inform her the parcel was available for collection.

"The deceased used the Taxify taxi service to travel from her residence, Roscommon, university student accommodation in Claremont, to the Clarenreich Post Office. She arrived at the post office after closing time.

"I unlocked the front door and the deceased entered. When she entered the post office, we were alone in a locked post office.

"When the deceased searched her bag to pay the requisite customs fees, I started making sexual advances towards her.

"The deceased did not respond and looked scared. I grabbed her by the waist and forcibly pulled her closer to me.

After Luyanda Botha allegedly raped 19-year-old Uyinene Mrwetyana twice and bludgeoned her to death with a scale, the postal worker hid her body in ...
News
1 year ago

"The deceased fought me whilst I sexually violated her.

"She managed to run to the door but I caught up with her and knocked her to the ground.

"I choked the deceased and she fought back and kicked me.

"I took a 2kg weight, used to weigh the packages received at the post office, and used it to bludgeon the deceased to death. I targeted her head.

"I left the post office and consumed alcohol outside a nearby liquor outlet.

"I returned to the post office shortly thereafter. I covered the body of the deceased with cushions, a blanket and a jersey as she lay in the safe.

"I returned to the post office in the early hours of Sunday 25 August 2019. The area where I attacked the deceased and where her body lay was covered in the blood of the deceased.

"I proceeded to clean up the inside of the post office to remove the blood from the scene.

Insults were hurled at a former Post Office employee accused of raping and murdering UCT student Uyinene Mrwetyana when he appeared in court on ...
News
1 year ago

"I waited until it was dark and requested the security officer, who patrolled the outside perimeter of post office, to allow me to park my motor vehicle in the yard of the post office.

"I then drove to a nearby petrol station and purchased petrol.

"I admit the body of the deceased was discovered on Monday 26 August 2019. I admit she was correctly identified as Uyinene Mrwteyana."

The department of social development has released details of its emergency plan to address gender-based violence (GBV) in South Africa.
News
1 year ago

Mrwetyana family distance themselves from ‘cash in on Uyinene’ initiatives

The Mrwetyana family have distanced themselves from what they termed “unauthorised initiatives” to raise funds or “cash in” on the tragic loss of ...
News
1 year ago

These are the words, written in isiXhosa apparently by Meghan Markle, the Duchess of Sussex, on a yellow ribbon tied to the railing at the post ...
News
1 year ago
Next Article