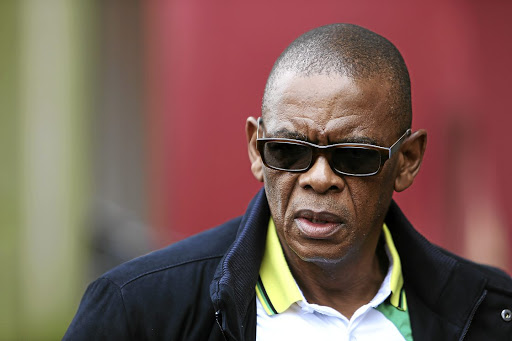 The ANC-led tripartite alliance has resolved to draw up a "unifying economic strategy".

The decision was taken during the two-day alliance political council held on Sunday and Monday.

The task team that will work on this economic strategy is expected to report back at another alliance council meeting scheduled for early next month.

This was announced in a joint statement by the governing party, the SACP and Cosatu yesterday. The SACP and Cosatu have previously voiced their opposition to the economic growth strategy proposed in a National Treasury paper released in August.

The SA Communist Party took it a step further when it attacked the Treasury paper in a 36-page internal critique, which the Sunday Times reported on last month.

Almost all the points contained in this week's alliance council joint statement were identical to the SACP critique, which sharply stated its opposition to finance minister Tito Mboweni's economic stimulation strategy.

SA will never be governable whether it is ruled by Cyril Ramaphosa or someone else.
Opinion
2 years ago

The statement further emphasised that commitments made in the May 2019 ANC election manifesto should take precedence. This is in line with an SACP argument that the Treasury's paper was opposed to the ANC manifesto.

The joint statement continues: "The manifesto was developed by the ANC, as the strategic leader of the alliance, in consultation with all alliance formations. It was accordingly endorsed by all and then taken to the electorate for support on the ballot. The manifesto is therefore a fundamental electoral mandate."

The alliance council was also "against privatisation of state assets and retrenchments in our economy".

This contradicts the Treasury paper's suggestions regarding the sale of some Eskom coal-fired power stations and reducing the public wage bill.

President Cyril Ramaphosa has called for  early childhood development (ECD) teachers to no longer earn between R5,000 and R7,000 a month.
News
2 years ago

The SA Communist Party (SACP) wants funders of all presidential candidates who contested the ANC’s Nasrec elective conference in 2017 to be disclosed.
News
3 years ago

The SACP on Wednesday came to the defence of its first deputy secretary Solly Mapaila, saying he acted on the party's instruction to lobby "South ...
News
3 years ago
Next Article