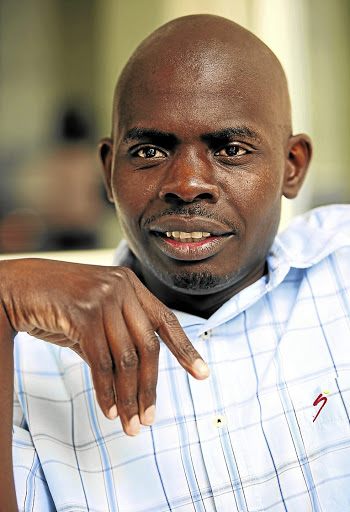 DA Gauteng MPL Makashule Gana
believes the task that awaits the next
leader of the party is restoration of
people's trust in the party.

Gana was speaking to Sowetan ahead of Sunday's contest against party interim parliamentary leader John Steenhuisen in a two-man race for the position vacated by Mmusi Maimane last month.

The election of an interim leader comes after the DA was rocked by three resignations in two days. First, it was Joburg mayor Herman Mashaba, then followed by Maimane and Athol Trollip, who stepped down as federal chair.

The trio resigned just days after Helen Zille ascended to the position of federal council chairperson.

The burning question in the DA at the moment is race and whether it matters when dealing with redress.

"Race matters, gender matters, so an inclusive SA looks at where the country comes from and the challenges we still face today. We need to be unashamed in addressing the challenges facing the majority of South Africans," said Gana.

He was among a few DA leaders who supported Maimane after the party lost five parliamentary seats, following the
national polls.

DA Western Cape leader Bonginkosi Madikizela says he cannot be distracted from his mandate of running the party in the province by a race to become ...
News
2 years ago

Shortly after the elections, Gana said the entire DA leadership should shoulder the blame for the party's performance at the polls not just Maimane. When asked about Maimane's leadership, Gana didn't want to elaborate much, only saying he wouldn't have wanted Maimane to resign.

Gana said he stood for economic and social justice and believed that its a space that the DA needed to be occupying because "there's a vacuum and we need to redress the injustices of the past".

He, however, believes that the DA brand has suffered in recent months and the party needed to give assurances to its supporters and public representatives that the party is continuing on the same journey aimed at building an inclusive SA.

When asked how different he would be to Maimane, Gana said: "I think we are a bit different in how we look at matters. While there's benefits in concensus-building, I think the space that we are in requires decisive leadership in ensuring that we represent the 3.5 million South Africans that voted for us and people follow a decisive leader."

Gana said irrespective of whether he wins or loses on Sunday, he would remain committed to the party.

"I've lost elections before so my commitment to the DA doesn't shift on the basis whether I'm in a position or not," he said