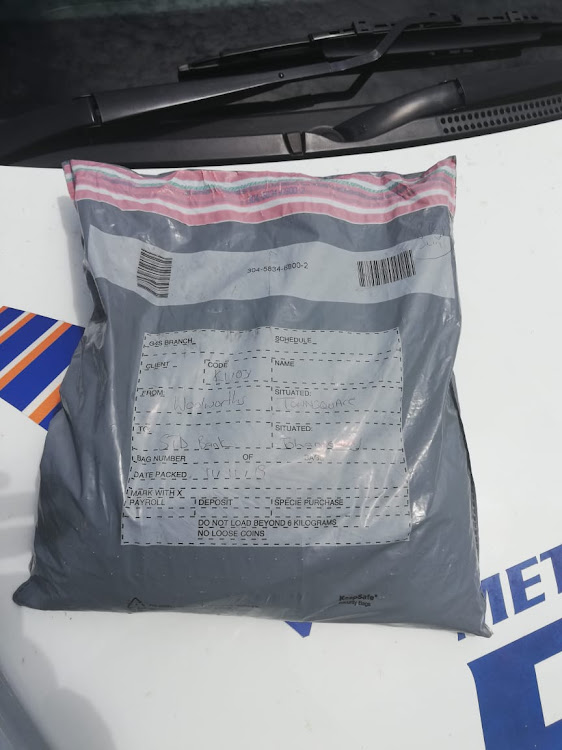 The money bag that was handed in by JMPD officers on Tuesday.
Image: David Tembe via Twitter

The Johannesburg Metro Police Department (JMPD) employs some of the most upstanding members of society - at least if a recent incident is anything to go by.

On Tuesday, two of these officials came across a money bag lying in the middle of the road.

According to JMPD chief David Tembe, the officers were patrolling the Roodepoort area when they found the bag on the corner of Ontdekkers and Christiaan de Wet Roads.

“A G4S Security vehicle lost the money while in motion,” said Tembe.

“K9 officers were on patrol when they recovered the bag full of money, sealed and not opened. The bag was handed over to Roodepoort police.”

Tembe said the van that had been transporting the money later came and collected the bag, so the cash is back in the hands of G4S Security.

While it was not immediately clear how the bag fell out of a vehicle that is usually locked and secure, social media users wasted no time in speculating.

A G4S Security vehicle lost money while in motion at Christian de Wet & Ontdekkers Roodepoort. @JoburgMPD K9 officers were on patrol when they recovered 1x bag full of money sealed & not opened. The bag was handed over Roodepoort Saps.#SaferJoburg #BuyaMthetho pic.twitter.com/LULQgEID1k

Many applauded the JMPD officers for their honesty.

“In such a country I want to live! These officers must be rewarded highest,” said one user, Alfonso Niemand.

“Sadly, someone was going to lose his job because the books were not going to balance. Well done to officers - you saved someone's job,” wrote someone else.

Johannesburg metro police will be intensifying raids on churches that violate by-laws which include members parking on pavements and playing loud ...
News
2 years ago
Next Article