Sandra Munsamy 'isn't her original self' after 162 days in captivity 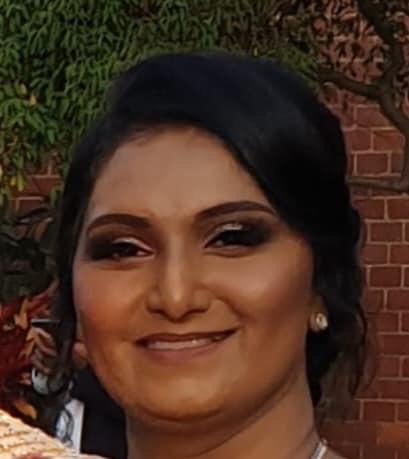 Four men arrested in connection with the kidnapping of Pinetown businesswoman Sandra Munsamy made a brief appearance in the Durban regional court on Monday.

The state made an urgent application to have the matter heard in camera, meaning that members of the public and media would be excluded from attending the hearing to protect the identities of the four men.

Magistrate Anand Maharaj granted the order due to the sensitive nature of the case.

Addressing journalists outside court, Hawks spokesperson Brig Hangwani Mulaudzi said the matter had been postponed to November 18 for further investigation. He said the four accused faced six counts relating to kidnapping, robbery, extortion, two counts of attempted murder, and entering and remaining in the country without a valid permit.

SowetanLIVE's sister publication TimesLIVE understands that the four men have not been put through an identity parade.

According to the charge sheet, the two counts of attempted murder relate to two security officers who were shot at on May 30, the day of Munsamy's disappearance. The accused allegedly "unlawfully and intentionally" attempted to kill Neliswe Nxumalo and Andlie Mxolisi by firing shots at them.

It has not been established when or where the attempted murder took place.

Sandra Moonsamy‚ the daughter of a multi-billion logistics tycoon‚ who went missing in May‚ has been found.
News
2 years ago

Meanwhile, Brig Gopz Govender of the investigating team said Munsamy was able to "walk and talk" when she was found.

"Anybody who is recovering after 162 days of being in captivity, it's safe to say that's not the original person. But she is able to walk and talk," he said.

"It is part of our duty to look at the linkages of national, transnational and international, as it's been noted that the accused are from different countries. We will explore everyone to ensure that this phenomenon of kidnapping for ransom is dealt with right to the highest. If it needs to cross borders, we will cross borders. If it needs to cross the sea ... we will," he said.

[WATCH] The investigating team in the #SandraMunsamy case says the case has international links. Brigadier Gopz Govender of the Hawks says they will cross borders, should they need to, to bring people to book @TimesLIVE @yasantha pic.twitter.com/y2X3r0IOKn

Munsamy, the chief financial officer of the Xmoor Transport family business, was found on Thursday, 162 days after being kidnapped by a gang of armed men.

Hawks detectives found Munsamy alive and shackled in chains in a house in Emalahleni, Mpumalanga. Her captors allegedly demanded a ransom of R140m.

Munsamy's brother Indren Naicker said in a statement that she was still in hospital under supervision and surrounded by her family.

"Her long road to recovery begins now and all of your support is greatly appreciated. The Naicker family would like to thank the media and the general public for their unwavering commitment to Sandra’s safe return. Your thoughts and prayers are giving her strength," he said.

Durban businesswoman found 'bound with chains' after missing since May

Sandra Moonsamy, the daughter of a multi-billion logistics tycoon, who went missing in May, has been found.
News
2 years ago

Eastern Cape police on Sunday moved to quash claims that a toddler had been found abandoned at the Greenacres Shopping Mall in Port Elizabeth.
News
2 years ago
Next Article