Man killed in collision between truck and car in Westonaria 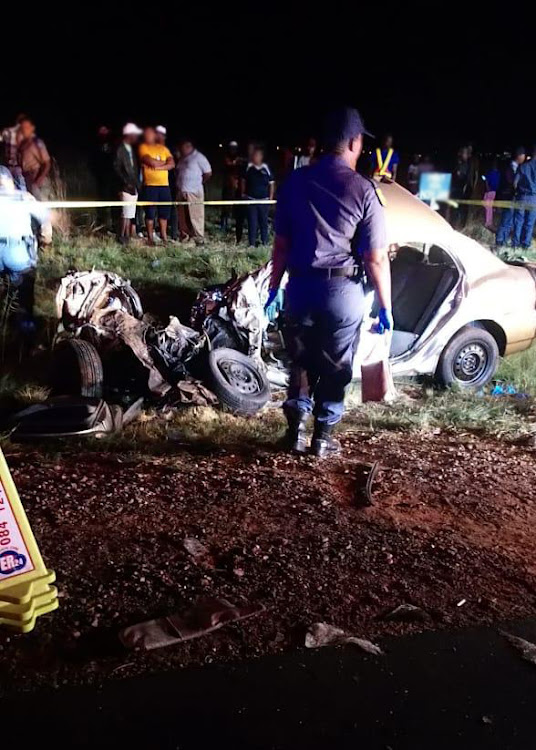 A man was killed and a woman critically injured in the collision in Westonaria.
Image: Supplied.

A 30-year-old man was killed and a 26-year-old woman critically injured in a collision between a large truck and a car on the R28 in Westonaria, west of Johannesburg on Friday  evening.

Paramedics arrived on the scene at 8.15pm to find the two occupants of the car entrapped. A large group of bystanders was on the scene trying to help.

"The driver was found to have suffered multiple fatal injuries and was unfortunately declared dead on arrival," said ER24 spokesperson Ross Campbell.

The female passenger had suffered multiple critical injuries and was treated on scene, extracted by the fire department and airlifted to hospital by a private medical helicopter for further care, he said.

“The driver of the truck had suffered only minor injuries and declined transport to hospital with another private service on the scene.”

A man was killed and five others were injured, including four children, when two vehicles collided on the R59 between Vereeniging and Vaalpark on ...
News
2 years ago

A man was killed and another injured in a four-vehicle collision on the N14 in Krugersdorp, west of Johannesburg, on Saturday morning, paramedics ...
News
2 years ago

Three people, including a child around 8 or 9 years of age, were killed when their vehicle apparently collided with the rear trailer of a truck at a ...
News
2 years ago
Next Article