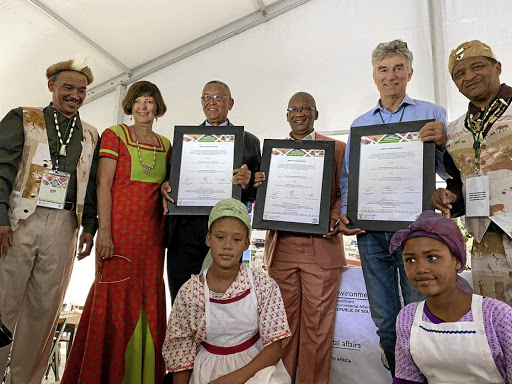 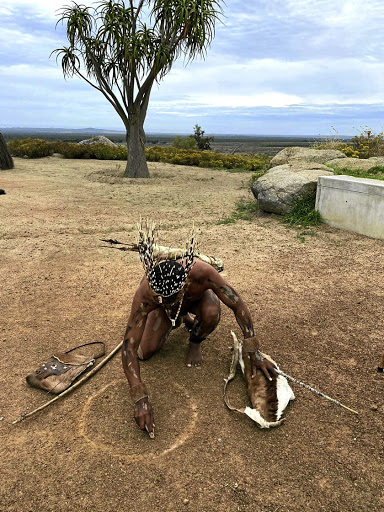 The rooibos profits deal reached this month after nine years of negotiations has given the Khoi and San communities in SA a sense of belonging.

The communities had been feeling left out of many developments but now, they finally have something to celebrate after securing a share in the multi-billion rand rooibos industry.

The Khoi and San, who mostly live in the Western Cape and Northern Cape, sealed the Honeybush Rooibos and Honeybush Traditional Knowledge Benefit Sharing Agreement on Friday last week. The historical moment was held at the !Kwa Ttu San Culture and Education Centre in Yzerfontein in the Western Cape.

Rooibos is the heritage of the Khoi and San people, who were the first people to use it for tea and medicinal purposes before the reddish wild plant earned its commercial value in the past 100 years.

The signing of the benefit and sharing rights recently comes with monetary benefits that will uplift the Khoi and San communities.

According to the communities, they have been left out in terms of land, houses, road infrastructure and developments.

The negotiations for Traditional Knowledge (TK) holders and benefit sharing started in 2010 when the communities wrote a letter to the department of environmental affairs.

Four years later, they were encouraged by the department's scientific research published in 2014, which declared that the San and Khoi communities were TK holders for rooibos and honeybush.

Creecy explained that she hoped the partnership forged will provide lessons needed to end the commercial and non-commercial exploitation of species associated with traditional knowledge held by other local communities who do not benefit from similar agreements.

"Nine years is long time but perhaps a good agreement takes nine years to negotiate. What is nine years after 500 years," she said.

"The negotiations for benefit-sharing agreement were defined by an independent and scientific study led by the department, which revealed that indeed Khoi and San communities are the rightful holders and owners of traditional knowledge associated with the use of Rooibos species.

"This entitles you as the Khoi and San to negotiate and receive a fair and equitable share of the benefits that are derived from the commercial use of the plants and its products," Creecy said.

The benefits of the partnerships include the creation of jobs and the upliftment of 160 small-scale farmers who belong to the Wupperthal cooperative in the Western Cape and the Heiveld co-op in the Northern Cape.

A bra made up almost entirely of rooibos tea leaves has been created by a lingerie brand to bring awareness to breast cancer.
Good Life
2 years ago

The agreement entails a one-year pilot agreement through which the Khoi and San communities will receive 1.5% of the farm gate price from the processors of rooibos in the form of an annual levy.

According to Creecy, the farm gate prize which excludes VAT, is the price that is paid by the processors of a product to the farmers who grow, harvest, ferment and dry rooibos.

"This money is paid for the use of traditional knowledge associated with the plant. At present, this 1.5% benefit will amount to R12m per year.

"To reach that amount, we calculated 15 million kilogram of rooibos that is harvested and sold at R60 per kilogram.

" It would come to R12m and all that will be paid by the Rooibos industry to the San and Khoi communities."

Creecy said the R12m will be paid to trust accounts that will be opened by communities and they will assist in creating jobs.

The negotiation process that took nine years was not without challenges, as Dr Rodger Chennells, lawyer for South African San Council, explains. The agreement is regarded as the first of its kind in SA and the whole world.

Speaking at the launch, Chennells explained that the negations were guided by National Environmental Management Biodiversity Act (Nemba) of 2004.

"We celebrate this historical agreement, we got to celebrate for the first time in the world and international law. It was a difficult and educational process at times.

"We negotiated using Nemba law, which some did not understand. To a larger degree, we had to understand the law and make sure we work around it. This victory is huge for the communities both in monetary value terms and in recognition," Creecy said.

He believes owning a share will assist young people and the communities at large to alleviate unemployment.

He explained that the unemployment rate in Khoi and San communities was 85%. He said they further needed government to build access roads for them as well as houses.

Young Khoi and San activist Jamila Blow, 26, who lives in Port Elizabeth, said she hoped the deal will change their lives.

"I want to see both San and Khoi communities working together to bring change in these communities. I am happy about today's victory because it was significant," Blow said.