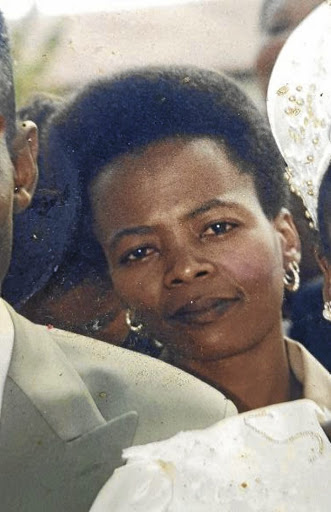 The family of a 49-year-old man who allegedly killed his partner and two children said they were alerted by a pungent smell that emanated from his backroom.

The body of Thandi Lala, 48, was found in a shallow grave in Zondi, near Jabulani hostel, while the bodies of her two children, Hope Lala, 10, and Ntokozo Lala, 9, where found dumped in Mofolo Park in Soweto on Wednesday.

The two children were allegedly stabbed with a sharp object, but police are yet to determine the cause of their mother's death.

Wandile Dlamini, the suspect's uncle, yesterday told Sowetan that he was concerned about Lala and her children's whereabouts after a pungent smell started permeating from the room where the couple and their children lived.

"On Friday, one of the tenants called me and told me that there was a bad smell coming from the couple's room and that there were flies at the window.

"I was worried because I had not seen them for a while and thought maybe something was wrong," Dlamini said.

He said he could not knock at the door because he did not have a good relationship with his nephew and that the family of four led a solitary life.

"I took a broom and pretended to be sweeping next to the room so I could peek into their room. I could not see anything but the smell was bad. I went to the police to open a missing persons' case and to ask them to come and inspect the room for foul play," he said.

Police broke down the door and found blood stains and maggots on the couple's bed.

"It was disturbing. The police said they would return on Saturday but they didn't return until Tuesday," he said.

He said his nephew was spotted by community members the night after.

"I heard he was around, our concern at that point was the whereabouts of Thandi and the two kids. He came back on Wednesday and I called the cops. They took long to respond so I called Thandi's family who arrived in less than five minutes," he said.

He said his nephew lied to them and said Lala, who was sickly, had been taken by her former employer so that she could get medical assistance while he sent the two children to their mother.

"He was lying. The police managed to interrogate him. He told them that Thandi died from natural causes on October 25 and that he dumped her body. He confessed to killing his two kids by stabbing them," he said.

Lala's uncle Michael Lala said they were still trying to wrap their heads around what had happened.

"We don't know why he could have done what he did. He sent us and the police on a wild goose chase before finally taking us to where he dumped the bodies. We are hurt and hope that the truth about what happened comes out."

Police spokesperson Brig Mathapelo Peters said the man was charged with three counts of murder and that he is expected to appear in the Protea magistrate's court today.