Commuters scramble to get to work after power outages halt Gautrain 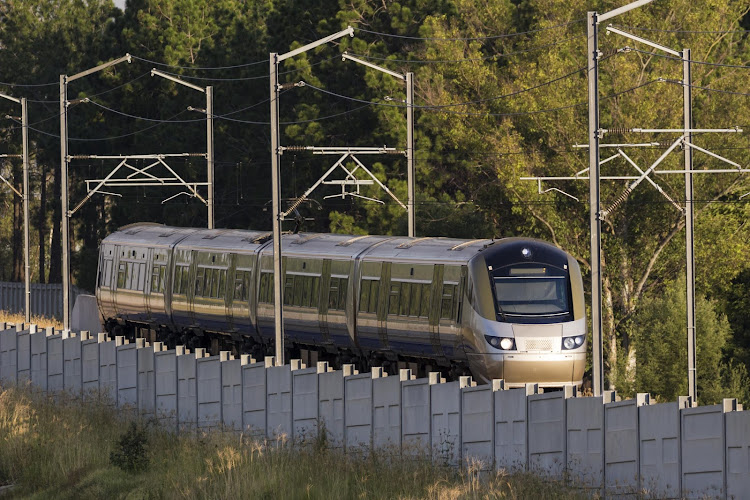 Gautrain commuters had to find another way to get to work on Friday when power outages disrupted services.
Image: James and Ethel Gray Park

Gautrain commuters were left scrambling to make alternative transport arrangements as power outages halted some trains in parts of Johannesburg early on Friday.

“Unfortunately, due to a power outage, there is no train service between Marlboro and Park Station this morning,” said Gautrain spokesperson Kesagee Nayager.

“The airport service is also affected and we have no train service between Sandton and OR Tambo. We urge passengers to please make alternate transport arrangements until further notice, and we apologise for the inconvenience.”

A number of people were left stranded and had to make other plans.

Sisanda Madwantsi told SowetanLIVE's sister publication TimesLIVE that when she arrived at the station, passengers were told to use Gautrain buses. Madwantsi was taking the train to Sandton.

'I slipped': Mbalula's tweet about first trip on Gautrain gets some giggles

Transport minister Fikile Mbabula posted on Twitter on Friday that he was taking the Gautrain for the first time. But prior to boarding, he had a ...
News
2 years ago

“We got onto the bus and now we are stuck in traffic. I am late for work and they [Gautrain] just said they were experiencing problems.”

Banker Busisiwe Mpusula said she was told by her taxi driver that the trains were down.

“There are lots of traffic issues. I made my office aware there may be delays."

Daniel Mokoena, travelling from Midrand, said he had missed meetings.

“I had back to back meetings scheduled. With the way buses are moving slowly and so much uncertainty, I would rather use a taxi later today."

Candice Naidoo said she had been stranded at the Midrand station since 6am. Naidoo said they were initially informed the train was 30 minutes late, but were later told they had to wait for the bus. She said they waited until 8am for the bus travelling to Sandton.

“This has been a waste of time. People pay a lot for the train, and this happens all the time.”

Due to a power outage, there is no train service between Midrand and Park stations & no trains from Sandton to OR Tambo. We urge passengers to make alternate transport arrangements until further notice.

After paying so much money. This is what we are subjected to by Gautrain. pic.twitter.com/jppGDuEu4s

We pay too much money for Gautrain not to have back up power in cases of emergency. We can't always blame Eskom. We know Eskom has financial issues. What's your excuse

“If you are affected by the Gautrain , please consider working from home” . I am at the office already !

No Gautrain this morning ,stuck at Rosebank Gautrain for 1hr now,no communication or update whatsoever