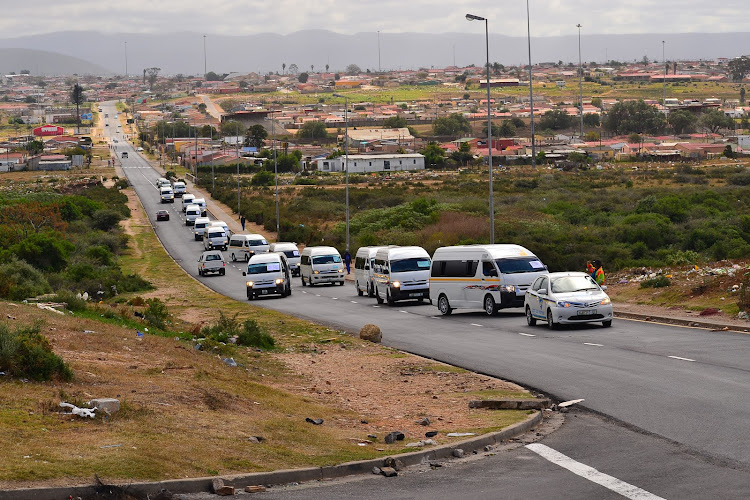 The Gauteng transport department is on a mission to take taxi drivers for advanced driving skills training.
Image: GroundUp/Thamsanqa Mbovane

In a bid to reduce road carnage, the Gauteng transport department on Tuesday announced that the province’s taxi drivers would be sent for advanced driving lessons.

“Armscor is going to help us with advanced driving skills. We want to empower the taxi industry, particularly the taxi drivers, so they can ... improve not just driving, but also customer relations,” said Gauteng transport MEC Jacob Mamabolo.

He was speaking to eNCA on the sidelines of a two-day road safety seminar, which started in Pretoria on Monday.

Mamabolo said having a driver's licence did not necessarily mean one was adequately skilled.

“It is important that we empower taxi drivers with advanced and sophisticated methods of driving so that we protect the lives of commuters.”

The project, to be rolled out from next year, would be funded by government and the taxi industry.

Counting change in a taxi drives me nuts

After my car accident in January, I have been suffering from post-traumatic stress when I am called to drive.
Opinion
2 years ago

Female taxi owners in Gauteng have called for an equal representation in the executive of taxi associations in the province in order to transform the ...
News
2 years ago

Mamabolo said it was important for taxi drivers to also foot part of the bill, as this way they would see the value of engaging in the programme.

Apart from polishing their driving skills, Mamabolo said an academy that offered educational programmes to improve drivers' social skills would also be set up.

“Next year we will be starting with the academy with Armscor to change this cultural behaviour of arrogance and just being rude to people.

“The issue of arrogance, attitude and just complete contempt and disrespect of the rights of motorists and commuters, and just the taxi industry’s overall outlook in terms of how they treat people, is a matter we think only education can change.”

He said at some taxi ranks in Kempton Park, where taxi drivers dressed more presentably, and Soshanguve, where drivers wore name badges, there had been improvements in the relationships between drivers and commuters. Such initiatives would be rolled out in other areas.

“The taxi industry will change, it is just a matter of time,” said Mamabolo.