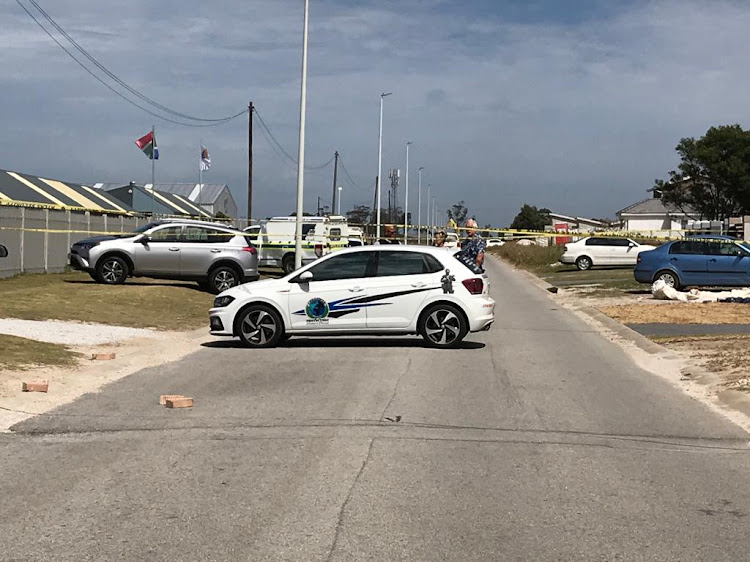 A man has been shot dead outside Brylin school in Overbaakens.
Image: Werner Hills

A father has been shot dead outside Brylin school in Overbaakens, Port Elizabeth.

The shooting happened shortly after 8am, reports HeraldLIVE.

The road has been closed.

The radio station also reported that two armed men got out of a Volkswagen Polo before firing shots at the man in the Audi. The shooting allegedly happened as the man's wife was returning to the car after dropping her child off at the school.

The man’s identity has not been disclosed.

Police are on the scene.

KZN police launch manhunt for wanted suspect after one cop dies, another critical

National police commissioner Gen Khehla John Sitole has ordered a manhunt for an alleged cop-killer, or cop-killers, after two Crime Intelligence ...
News
2 years ago
Next Article