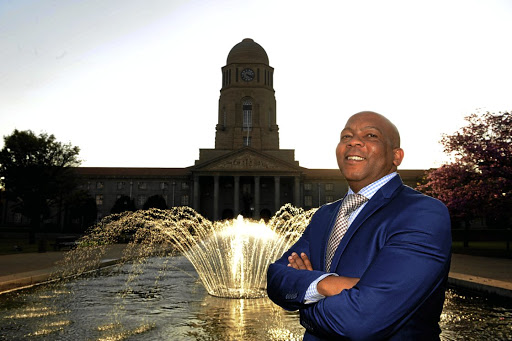 Former Gauteng MEC for economic development Kgosientso Ramokgopa has been officially appointed as the head of the newly created investment and infrastructure unit in the office of the presidency.

Sowetan reported two weeks ago that the ANC in Gauteng had secured Ramokgopa a job with President Cyril Ramaphosa after he was axed from premier David Makhura’s cabinet to make way for a female MEC in order to satisfy ANC directive on a 60/40 gender parity in favour of women where an ANC premier is a male.

While Ramokgopa focuses on the R100bn infrastructure fund, Radebe goes back into the energy sector focusing on gas and oil, while Hanekom and Thabethe also go back to the tourism sector where will be “mobilising” investment.

“The [investment and infrastructure] office will also enable the presidency to oversee coordination between all structures dealing with infrastructure development, including the Infrastructure Fund, which is being incubated at the Development Bank of South Africa,” the Ramaphosa’s spokesperson Khusela Diko confirmed.

Former Gauteng MEC for economic development Dr Kgosientso Ramokgopa is set to be appointed head of a newly created economic and infrastructure unit ...
News
2 years ago

“This will allow the Presidency to monitor progress and address blockages in priority infrastructure projects and the private sector projects identified through the Investment Conference.”

The announcement comes ahead of the three-day Investment Conference set to place between tomorrow and Thursday in Sandton. The conference is part of Ramaphosa’s goal to raise R1.2 trillion in local and international investments in the next five years.

“The President has expressed his gratitude to the new Special Envoys on Investment and Dr Ramokgopa for availing themselves to contribute to growing the South African economy and creating jobs for its people,” said Diko.

ANC Gauteng secretary Jacob Khawe previously confirmed that the party’s provincial leadership had pleaded with Ramaphosa to find a suitable position for Ramokgopa following his axing.

"We presented this before office bearers and presented to president and we said we wanted to look at the issue of alternative deployment for him," said Khawe.

"We said we wouldn't want to lose his skills... The president said he would give us feedback and they assured us that they would find us."

Khawe revealed at the time that Ramokgopa would also be announced as the PEC's convenor on the economic cluster at their meeting next month.