Mine loses R8m a day due to protests 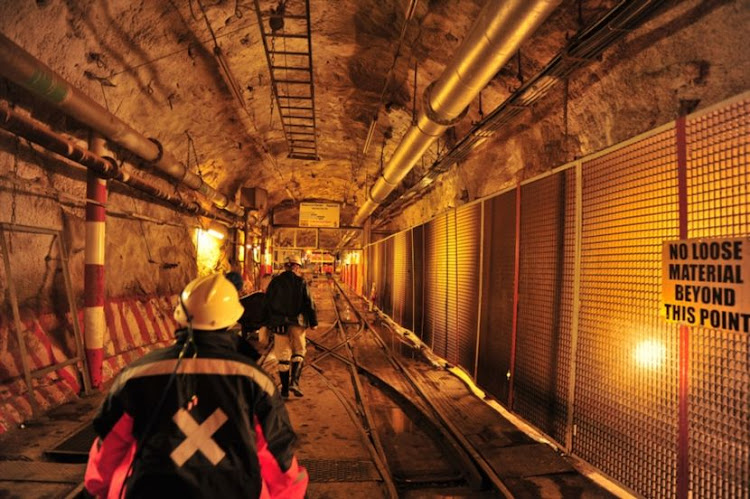 A coal supply company owned by Eskom board chairperson Jabu Mabuza's brother-in-law is losing over R8m a day in revenue due to violent protests at its mine in Mpumalanga.

Mzimkhulu Mining, whose directors include Themba Langa, Mabuza's brother-in-law, and SG Coal, approached the high court to seek an urgent interdict against the Truckers Association of SA (Tasa).

In papers filed in the Middelburg high court, the mine accuses truck owners in the eMalahleni area of intimidation and damage to property.

Maleka, in his founding affidavit as the financial director of the mine, said the approximate value of coal which couldn't be transported each day amounted to approximately to R8.1m.

"This translates into a substantial loss of revenue for the mine on a daily basis. The unlawful actions also result in nonfulfilment of contractual commitments towards Eskom. The mine had to shut down for the day because nobody was allowed access. This has a tremendous impact on the operations of the mine as well as security of its employees," Maleka said.

Billions in mining royalties intended for the poor squandered, stolen or diverted

Billions in mining royalties intended to uplift poor communities are potentially being squandered, stolen or diverted due to in-fighting and ...
News
2 years ago

In February, Mabuza told the Zondo Commission of Inquiry into state capture that he had declared his long-standing relationship with his brother-in-law, Langa, and said he does not sit in any board meetings to do with mining at Eskom.

Tasa's Thalita Mathebula said they had noted with concern the dominance of two transport companies in the Highveld region.

"These companies and their respective owners have literally taken over the industry in an unconventional and somewhat illegal manner as they appear to have influence on Eskom and all mining houses [in] the region," Mathebula said.

"When any reference is made to coal trucking within Mpumalanga, two names stick out, and that is SG Coal and Legends Transport.

"Over the past week we have learnt of relations between the directors of the two companies and a family member of the acting chief executive officer and chairman of the board of Eskom.

"This relationship tells a narrative as [to] why these companies have gained a monopoly within the industry all of a sudden, as their respective fleets have tripled in a very short space of time."

Mzimkhulu Mining general manager Michael Mabogoane stated in his affidavit that the situation was so volatile that he feared for the safety of staff, truck drivers and himself.

SG Coal CEO Frederik Oosthuizen said the loss of transport revenue as a result of protest actions was approximately R1.5m a day.

"The allegations made by the first applicant that the industry is monopolised by 'white monopoly capital' and are involved in so-called 'fronting' is devoid of all truth.

"The unlawful protest orchestrated by Tasa is an unlawful attempt to interfere with the transport business of SG Coal and its joint-venture partners," Oosthuizen said.

Tasa was interdicted from blocking the mine entrance and the trucks.