Get condoms from taxis for free 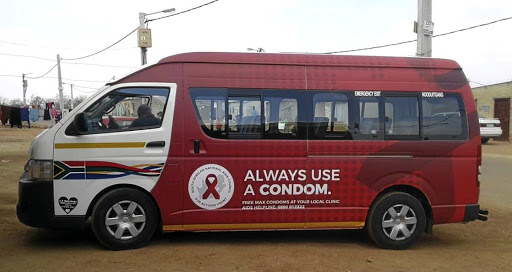 A minibus taxi ride home could save you a trip to the shops to buy condoms, thanks to an innovative sexual health drive which will see the contraceptive being distributed for free.

The pilot project of a new initiative by the South African National Aids Council (Sanac) in partnership with the SA Taxi Association which will be launched in Midrand this afternoon, will see 10 minibus taxis in Gauteng, Mpumalanga and KwaZulu-Natal carrying condoms which will be available to commuters for free.

This is aimed at among others making condoms easily available and to also address the worrying decline in the use of condoms in the country, which was detected through various studies and surveys.

Sanac spokesperson Musa Mhlongo said the initiative is aimed at raising the level of awareness and condom use.

"The recent studies show that the use of condoms has alarmingly declined, this is one of many other initiatives Sanac is embarking on as we move towards World Aids Day," Mhlongo said.

SA's most popular contraceptive injection does not increase HIV risk

The most popular contraceptive injection in SA does not increase the risk of HIV‚ answering a question that has bothered scientists for decades.
News
2 years ago

Over 33,000 people were interviewed about their sexual behaviour and beliefs.

The survey showed that new infections are growing at the highest rate, especially among young men aged 14 to 24.

Mhlongo said the initiative will also see taxis being wrapped with condom use awareness messages.

"We hope this will raise the level of awareness of the use of condoms to the public and the commuters through the availability of the free condoms inside the taxis," Mhlongo said.

Sanac, which is chaired by deputy president David Mabuza, brings together government, civil society and the private sector to create a collective response to HIV, TB and STIs in South Africa.

This KZN town is beating the HIV epidemic in SA

Good news on the HIV front. Eshowe‚ KwaZulu-Natal‚ an area where one in four people are living with HIV‚ has reached the UNAids goals‚ known as ...
News
2 years ago
Next Article