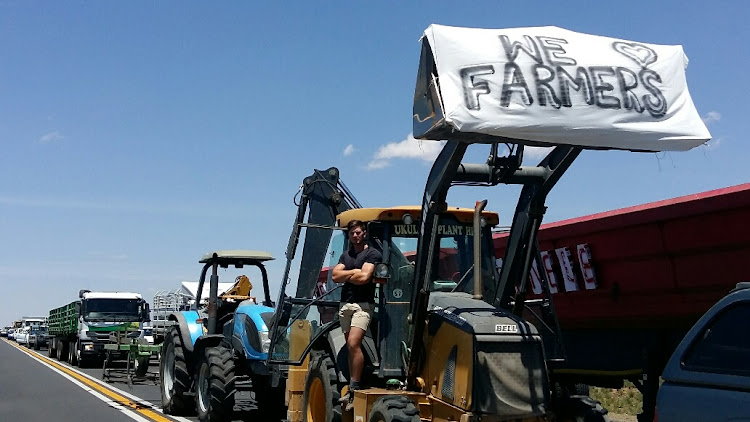 In 2017, farmers took to national highways to protest against attacks.
Image: Nerissa Card

An elderly couple and their son are in hospital after they were attacked on their farm outside Nelspruit.

The couple was hacked with pangas and their son was shot in the leg during the attack early on Sunday.

The son was woken by a commotion and rushed to help his parents, armed with his firearm. He shot dead one of the suspects. The others attempted to drag the dead man with them, but ended up leaving him in the bushes.

“It is believed that about four suspects made their way into the house through a window while the family was sleeping. During the exchange he [the son] was shot in the leg. They are now in hospital and we cannot give out more information as yet.

“The suspects allegedly left their firearm on the scene and took one firearm belonging to one of the victims, before they fled,” Hlathi said.

Port Elizabeth doctor Mkhuseli Boto must remain in custody pending his trial for attempting to murder his estranged wife, a court ruled on Wednesday.
News
2 years ago
Next Article