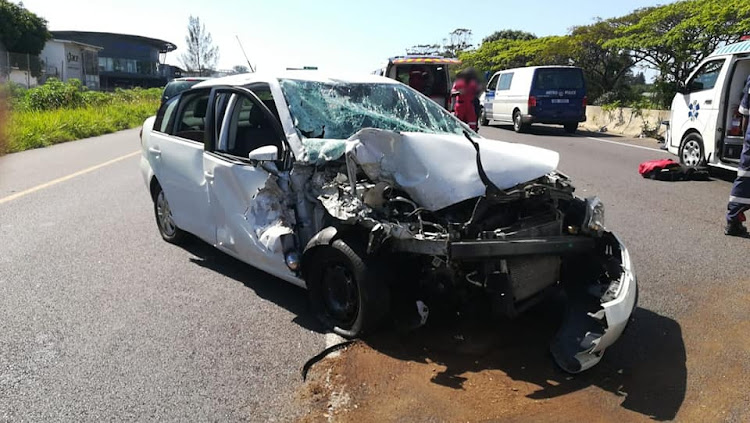 One of the vehicles involved in a collision on the M41 opposite Cornubia Mall, north of Durban.
Image: Facebook/Netcare911

Ten people were injured when two vehicles collided on the M41 opposite Cornubia Mall, north of Durban on Sunday.

Netcare 911 said it responded to reports of a collision at 8.39am.

“Reports from the scene indicate that a light delivery vehicle and a light motor vehicle were involved in a collision. A total of 10 patients sustained injuries ranging from minor to moderate,” Netcare 911 said in a statement.

Patients were treated on scene and once stabilised, transported by various ambulance services to hospital for further treatment.

A man was killed and five others were injured, including four children, when two vehicles collided on the R59 between Vereeniging and Vaalpark on ...
News
2 years ago

What was meant to be an adventure and working holiday for two British couples turned into a tragedy when three of them were killed and one was ...
News
2 years ago
Next Article