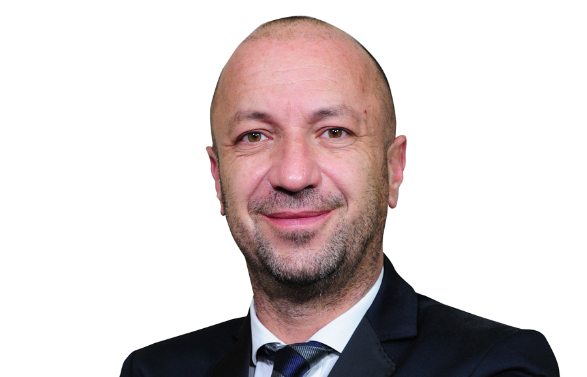 And this ignorance, the state capture commission heard on Thursday, led to him ratifying a R43m deal between the power utility and the Gupta-owned media company in 2015.

Pamensky ratified the R43.2m deal months after being appointed as a non-executive board member at Eskom in December 2014.

Testifying at the state capture inquiry on Thursday, Pamensky said he was unaware of a number of factors which warned against Eskom entering into the deal.

The contract bound Eskom to a three-year sponsorship agreement, in which the utility would bankroll one of TNA's controversial business breakfasts every month for 36 months, at a cost of R1.2m per session.

Eskom wants Pamensky to repay about R310k in legal fees

Eskom has initiated a process to get former board member Mark Pamensky to repay about R310 000 in legal fees.
News
4 years ago

Pamensky claimed he did not know that Eskom's previous board found there was no value in the utility's prior sponsorship agreements with TNA. He said he also did not know that then public protector Thuli Madonsela asked for the decision by the board to enter into a deal be delayed until her report into state capture was finalised.

Pamensky also told the commission that he did not know two prior contracts dating back to 2012 between Eskom and TNA were concluded outside budget and without the involvement of Eskom's sponsorship committee. Therefore, both those contracts were irregular.

Advocate Kate Hofmeyr, who was leading evidence, asked whether he would maintain his decision to ratify the contract if he had known then what he knew now.

Earlier in his testimony, Pamensky admitted to meeting members of the Gupta family before he was appointed at Eskom — but denied that they had discussed the position with him.

Alleged to be the Gupta family’s inside man at Eskom, Pamensky is accused of having acting as a conduit by leaking privileged information regarding operations and contracts at Eskom to the Guptas and their associates to further their business interests.

Malusi Gigaba allegedly ordered that Eskom sign a sponsorship and advertising agreement with the Gupta-owned media entity, The New Age, after ...
News
2 years ago

He is also alleged to have used his position at Eskom to influence decision-making on the various committees he sat on in the Guptas’ favour.

Pamensky told the commission he served at Eskom between December 2014 and November 2016, serving on the investment and finance committee as well as the audit and risk committees in that period.

However, Pamensky also sat on the boards of 25 other private companies at the time, two of them being the Gupta-owned Oakbay Resources and Energy, and Shiva Uranium.

“In June (2014), I met Tony Gupta at his house in Saxonwold. It was just a general discussion. It was an introduction. He contacted me. He said, 'Would you like to come over and have a cup of tea and have a discussion?'”

Then, he met Atul in September that year.

“I was called to a meeting by Atul Gupta who explained to me that they are listing a subsidiary of theirs called Oakbay which had a subsidiary called Shiva Uranium and they were looking for independent non-executive directors to join their boards,” he said.

Pamensky denied having discussed the prospect of becoming a board member at Eskom with either of the Gupta brothers.

The commission will continue on Monday next week.

It is always good to do an analysis of a situation before proceeding to take action. But it is possible to be stuck in an analysis rut leading to a ...
Opinion
2 years ago