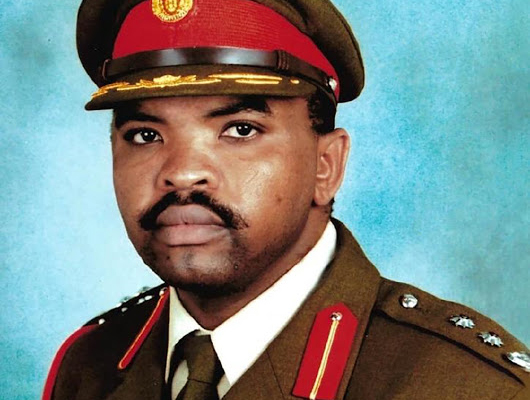 A thousand soldiers will march in King William's Town at the weekend during a full military funeral for late military police commander Colonel Mzobanzi Justice Macanda.

Macanda, a distinguished SA National Defence Force soldier based in Pretoria, was killed in a car accident in the early hours on Sunday while travelling back home from a church function in Johannesburg.

SANDF spokesperson Private Kabelo Tsogang announced that Macanda would be accorded Category 1 honours because he was a “gallant fighter”.

His distinguished military career will be remembered during the funeral at his Mtati location home outside King William's Town on Saturday. A thousand troops will join a splinter force already camping in the town  preparing for the busy day, the family confirmed.

Thirteen weeks have passed since soldiers arrived in the gang-ridden crime hotspots of the Cape Flats - and, after the operation was initially ...
News
2 years ago

This follows a moving memorial service held at the Army's headquarters in Pretoria on Tuesday.

“The SANDF Inspector General and Military Police are saddened by his death. Indeed, the SA Army has lost one of a kind,” said the army's deputy chief, Maj-Gen Mannetjies De Goede.

He joined the Ciskei Defence Force during the apartheid era, and worked in various military environments, including as head of the Military Police at 13 Provost Marshal, SSO Military Policing, Deputy Provost Marshal General, 43 SA Brigade and SSO Inspector General of the SA Army.

Family spokesperson Advocate Mmeli Macanda described Colonel Macanda as an honest human being and a true warrior, who followed in the footsteps of his ninth Frontier War Lord great-grandfather.

“He is from humble beginnings. His father died when he way still very young. He grew up with his mother and two sisters, Siziwe and Nomonde. Your background is not a determinant of your destiny.”