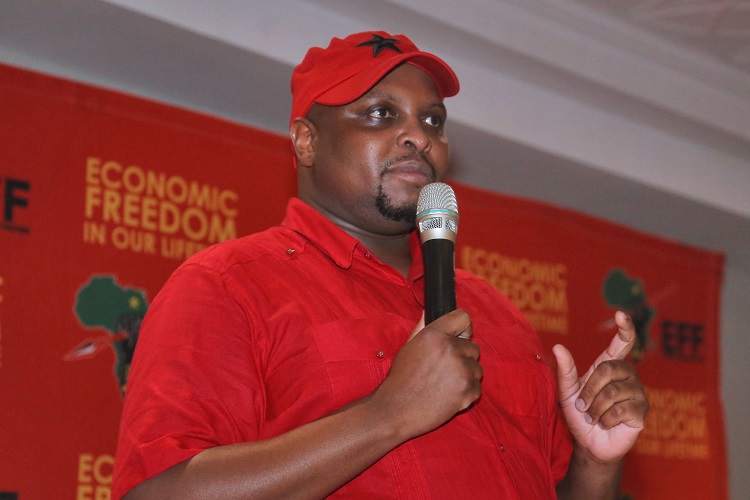 Mboweni's MTBPS showed that the government would be spending a whopping R796bn on its debt, which is now at R3-trillion and will balloon to R4.5-trillion in the next three years.

Due to tax revenue falls and expenditure increases - driven by bail-outs to struggling state-owned entities - national debt is heading in excess of 70% of GDP.

Shivambu said they also remained unmoved on the issue of e-tolls after Mboweni reiterated that government was still in support of the user-pay principle.

Finance minister Tito Mboweni was never going to be able to satisfy everyone with his medium-term budget. Not under the current economic conditions, ...
Opinion
2 years ago

"We're opposed to e-tolls payment, we do not think that public infrastructure like roads should be on a user-pay basis, there must be a different approach, that's not sustainable. We're still calling on people not to pay e-tolls, no one is going to be arrested, they won't be able to arrest all of us if we do not pay e-tolls, we must not do it."

Mangosuthu Buthelezi, the parliamentary leader of the IFP, said it was "amazing" that Mboweni told MPs the country was facing a "debt trap" yet he continued to bail out cash-strapped SOEs.

Labour federation Cosatu described Mboweni's MTBPS as "unacceptably weak", saying it was a direct attack on workers. Cosatu said the policy statement did not hold accountable private sector companies on how they should spend billions of rands received through the Youth Employment Service (YES) programme.

"Billions have been given to the private sector through the Employment Tax Incentive YES! Programme and industrial and manufacturing subsidies.

"Yet there is no report from government on how these companies have utilised this generosity or how many jobs have been saved and created. Yet many of these companies are retrenching workers or simply recycling existing jobs to access these subsidies," said Matthew Parks, Cosatu's parliamentary coordinator.

Finance minister Tito Mboweni delivered his medium-term budget policy statement in parliament on October 30 2019. He addressed plenty of important topics, but also threw in some jokes here and there to stop us from getting too bored. Here are some of the funnier moments from his speech.

Transport minister Fikile Mbalula and Gauteng premier David Makhura have lost the battle on the issue of e-tolls after finance minister Tito Mboweni ...
News
2 years ago
Next Article