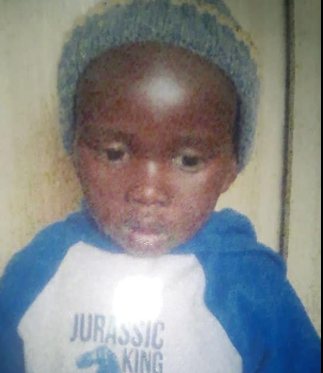 Four-year-old Terminator Khoza who was allegedly murdered by his mother and her friend.
Image: Supplied

The mother of a four-year-old boy who was found murdered and dumped in an old, disused vehicle in Tembisa on the East Rand was granted bail in the local magistrate’s court on Thursday.

According to court documents, Nkazana’s son had reportedly gone missing on August 12 2019.

She had told police she had last seen him playing outside their shack when he disappeared.

An affidavit by the investigating officer stated that community members of the Madelakufa section became suspicious of her when, days after the boy’s disappearance, she allegedly continued with her life, seemingly unbothered.

They said she was “partying and changing boyfriends,” read officer Dan Moloantoa's affidavit.

Exactly a month after the boy’s disappearance, the community called a meeting, suggesting that every shack in the informal settlement be searched.

A day later, before the search was to be conducted, the little boy’s decomposing body was found in a neighbour's disused vehicle. TimesLIVE understands that the owner of the car was planning to sell the vehicle and made the discovery as he tended to the car.

Nkazana, Shushu and another roommate of theirs were informed of the discovery of Terminator's body on that day as they arrived at the police station where Nkazana had intended to apply for a protection order against a community member who was allegedly accusing her of knowing of her son’s whereabouts.

Days after the boy's body was found, she told police that on September 7, while she and Shushu were drinking, Shushu had confided in her — telling her that they had killed the boy.

Sabelele, who had only moved in with the two women after the disappearance of the little boy, said Shushu even showed her the boy’s body.

In her affidavit, Sabelele said Shushu had shifted a chest of drawers in the shack they  rented together and had taken out a silver-grey suitcase containing the boy’s corpse.

She claimed the boy’s eyes had been gouged out and some of his teeth ripped out. He had been murdered for these body parts, Sabelele said.

Sabelele said Shushu had relayed to her how she had held the boy's legs while his mother strangled him to death.

She added that Shushu warned her to not say anything about the incident and she obliged.

On October 3 2019, days after the boy had been buried in a funeral paid for by his father, community members' suspicions of the women’s involvement in the boy’s death were heightened as Shushu was seen packing, reportedly trying to vacate the rented premises.

As community members confronted Shushu and Nkanzana, Sabelele allegedly decided to come clean, telling the community of the alleged confession.

The family of a 67-year-old woman and her granddaughter, who were found dead in their home, believes a relative who is addicted to drugs allegedly ...
News
2 years ago

The police were called and Shushu and Nkanzana were arrested.

Sabelele said when the boy was discovered in the car, he was wearing the same clothes that she had seen him in when he was in the suitcase.

She said the two women had reportedly moved the body after they became concerned about the smell.

In his affidavit, Moloantoa had opposed bail, saying the women would be killed by the outraged community.

Delivering her judgment on the bail application, the magistrate said there were several factors that had influenced her decision.

She said the state had not led evidence that suggested that the two women could be a flight risk or tamper with the trial.

She also said public outrage was taken into consideration, but the public needed to be educated that being granted bail did not indicate that the accused were seen to be innocent.

The magistrate added that the behaviour of Sabelele was questionable, saying it was strange that she did not say anything to the police prior to the community taking action.

Advocate Sizwe Gozo, who represented both women, welcomed the ruling, saying the state’s case was weak as it was solely based on hearsay evidence.

The case returns to court on December 6.