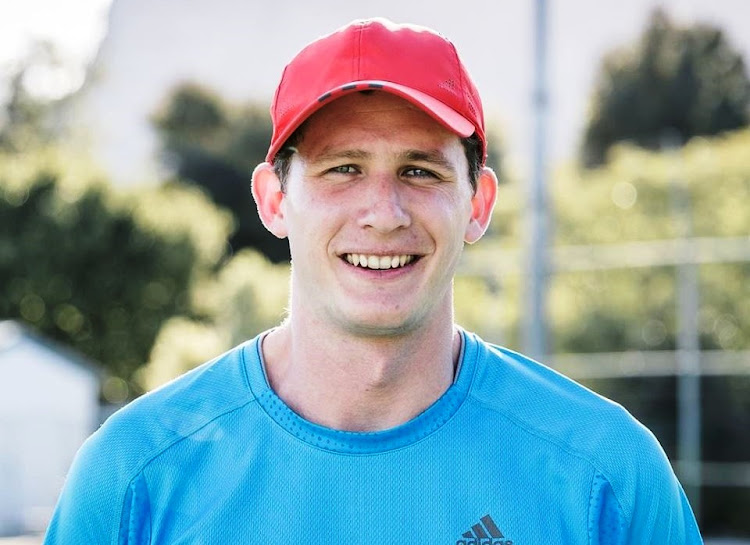 This is Kent Locke, the Cape Town church youth leader who posed as a scantily clad woman to entice at least 47 teenage boys to send him explicit photographs.

Locke, 29, can finally be named more than two years after his arrest, after he pleaded guilty on Tuesday to 47 sex abuse charges. People accused of sex offences cannot be named until they have pleaded.

Parents of some of Locke’s victims were emotional in court as the magistrate confirmed the plea and sentencing agreement.

Four weeks earlier, the deal appeared to be in jeopardy when Locke suddenly abandoned nearly a year of negotiations on a plea bargain and said he wanted to stand trial in an attempt to secure a lesser sentence.

But on Tuesday he pleaded guilty to 47 charges relating to seven boys between the ages of 12 and 17. They included: 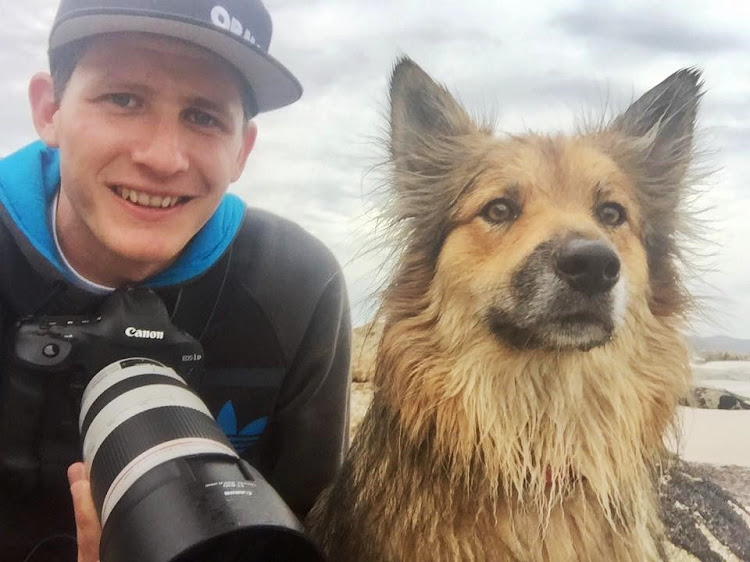 After boys sent Locke explicit photos, he threatened to post them online unless they sent him more revealing images.

In addition to boys from some of Common Ground’s nine congregations‚ Locke’s victims included pupils at a number of Cape Town boys’ schools, where he presented himself as a sports photographer and a church youth worker.

The Hawks and the US Department of Homeland Security (DHS) launched an investigation after the parents of a boy found evidence of the exchanges on their 14-year-old son’s cellphone and alerted church leaders.

Locke, who was a full-time employee of the church‚ was arrested in Rondebosch in September 2017 by Hawks cyber-crime specialist Colonel Yolanda Gair‚ who flew to Cape Town from Pretoria with DHS investigator Johan Claassen.

His two cellphones, a laptop, an external hard drive, a tablet and two flash drives were confiscated and found to contain images of child pornography, according to the charge sheet.

High levels of violence, inequality and poverty are leaving SA children at risk of becoming victims of sexual exploitation
News
2 years ago 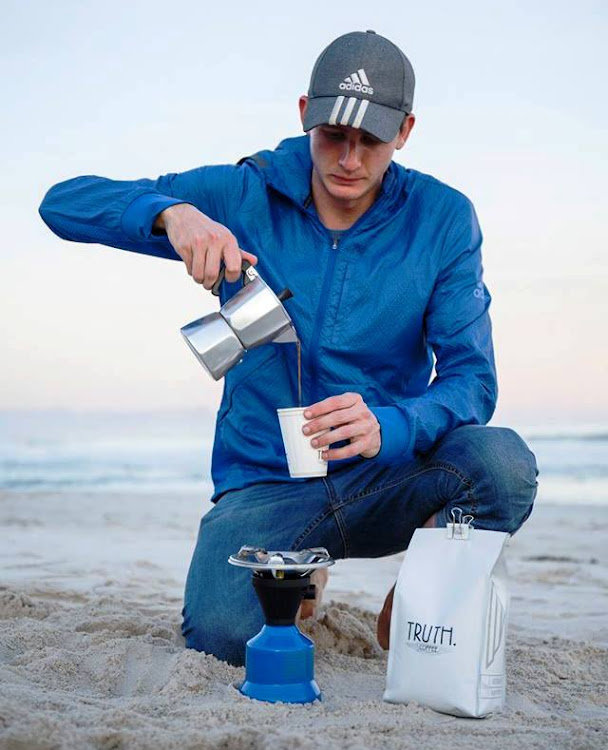 Leaders of Common Ground Church then spent hours calling affected boys’ parents to tell them that their sons had been targeted.

Locke‚ a police reservist in Rondebosch‚ was released on R1,000 bail, but six months later he was rearrested on fresh charges involving the sexual grooming of teenagers while out on bail.

He appeared in the Bellville magistrate’s court after police swooped on his Durbanville home after keeping it under surveillance for a fortnight.

Children had begun reporting in January 2018 that they had been groomed on Instagram by someone using a modus operandi similar to the one that had allegedly duped dozens of the church’s children.

At the time of Locke’s initial arrest, Steve Martin, sub-Saharan Africa attaché for Homeland Security investigations, said the youth leader was alleged to have used Instagram and WhatsApp.

“As these are US companies‚ whose platforms are being misused for criminal purposes‚ the SA Police Service requested DHS participation in the investigation,” he said.

Common Ground senior pastor Ryan TerMorshuizen said the three-week investigation leading to the arrest had been extremely difficult for church leaders working with the investigative team.

“Our primary concern was for the safety of the affected children, but if we had suspended [Locke] and warned our churches, it could have compromised the investigation and been construed as tipping him off so that he could get rid of the evidence‚” he said.

“On the other hand‚ it was likely that some of the teenagers in the church were going through an incredibly difficult time. In collaboration with the authorities‚ it was agreed to give the Hawks a short window period in which to act‚ so that other kids can be spared this ordeal in future.”

Following TimesLIVE's publication of a story in which a 30-year-old KwaZulu-Natal woman was handed a life sentence for raping her 10-year-old cousin, ...
News
2 years ago 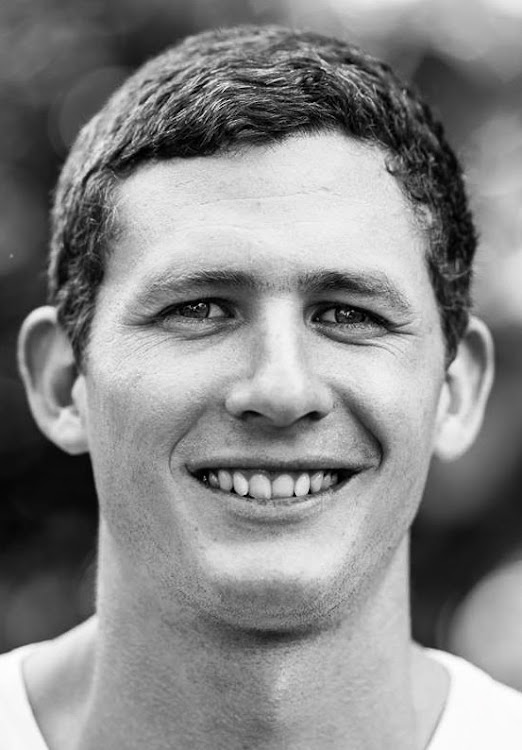 After Locke's sentencing on Tuesday, TerMorshuizen said: "We are grateful that justice has been done, particularly given the low levels of convictions in sexual offence-related cases in our country. In this regard we applaud the SAPS and the prosecuting authority for their professionalism in handling this case.

"Above all, our prayers are with the victims and their families. We will also continue to support them however we can."

The parents of one of Locke's victims said they were "deeply impressed" with the determination of the police.

"The prosecutors treated us all with sincere empathy and steadfast determination to bring this matter to a just conclusion. We are satisfied," they said.

Locke began working for Common Ground as an intern in 2012 after a period as a volunteer leader. He went full-time from 2015 after finishing his master's degree in environmental and geographical science at the University of Cape Town.

TerMorshuizen said he was investigated two years before his arrest when he sent a WhatsApp message to a teenager who had injured his genital area‚ requesting a photo.

“We immediately had him assessed by two therapists – one of whom we have on retainer - and we also asked for a report from an external forensic clinical psychologist‚” said the senior pastor. All had given Locke a clean bill of health.

The forensic psychologist’s report‚ seen by SowetanLIVE sister publication TimesLIVE‚ said: “It is my opinion that the incident … stems from inexperience and tendency to blur boundaries with subordinates. [The youth leader] seeks to establish himself as a friendly and approachable leader. I have no concerns regarding his capacity to deal with children or adolescents.”

TerMorshuizen revealed that it came to light in 2017 that two boys had approached Locke for advice about being extorted online. He had replied along the lines of‚ “You’d better just send the pictures and hope the person stops harassing you.”

The senior pastor said other steps the church had taken included informing the principals of affected schools‚ setting up a hotline staffed by a “suitable professional” for young people who had been exploited; and getting an external expert to speak to church youth groups.

What does Cardinal Pell's conviction mean for the Catholic Church?

What does Cardinal Pell's conviction mean for the Catholic Church?
News
2 years ago

Women and Men Against Child Abuse (WMACA) has warned parents to be careful of people who give their children more attention than they do.
News
2 years ago

Two or more minor boys‚ including a five-year-old grade R pupil‚ were allegedly raped at an initiation school in Alice in the Eastern Cape.
News
2 years ago
Next Article