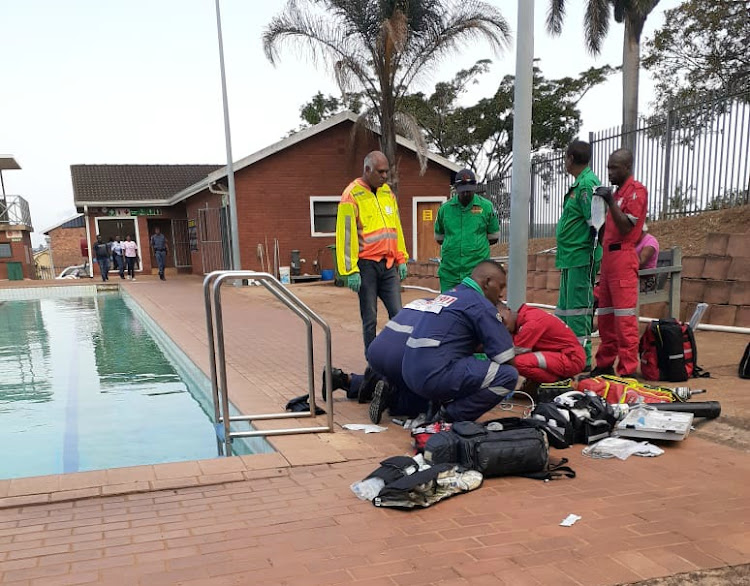 Paramedics could not save a seven-year-old boy who drowned in a public swimming pool in Tongaat on Sunday.
Image: Community Emergency Rescue Team

Paramedics battled in vain to save a seven-year-old boy who drowned in a public swimming pool in Tongaat, north of Durban, on Sunday.

Nazir Sadack of the Community Emergency Rescue Team said the incident took place at the Belvedere pool after 3pm.

"Our volunteers were dispatched to assist. Upon arrival they found a seven-year-old boy unresponsive at the side of the pool.

"Sadly, after trying all avenues to resuscitate the young boy for close to an hour, he was pronounced deceased.

"Initial reports from witnesses indicate the child was at the pool unaccompanied and was underwater for approximately 10 minutes before being supported by the lifeguard," said Sadack.

Police have opened an inquest docket.

Two teenagers are reported missing after getting into difficulty while swimming in the sea at East London on Sunday morning, the National Sea Rescue ...
News
2 years ago
Next Article