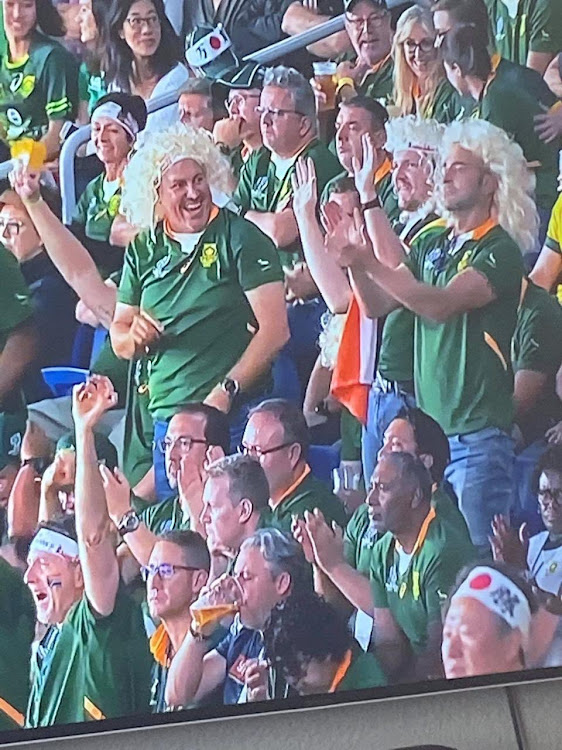 Gauteng education MEC Panyaza Lesufi, who took to Twitter to vent his fury over what he suspected to be an old SA flag in the crowd at the Rugby World Cup semifinal in Japan on Sunday, has apologised for being mistaken.

SA's tourism minister, Mmamoloko Kubayi-Ngubane, entered the fray on Monday, saying: “Fellow South Africans and those that tagged me. There is the video and hope it puts the matter to rest now. The next few days must be about supporting our team.”

Fellow South Africans and those that tagged me. There is the video and hope it puts the matter to rest now. The next few days must be about supporting our Team. https://t.co/IlaFhq4Bya

Lesufi noted a group of white South African fans with what appeared to be a blue and orange flag at the game, and said it had spoilt the occasion.

“That flag, unfortunately is spoiling it! This team Springboks belongs to all of us. Let’s avoid hurting each other unnecessarily,” he tweeted.

However, fans were quick to investigate and discovered that the group of wig-wearing “Faf de Klerk” Bok fans were, in fact, proudly carrying the new SA flag.

This time, Sir, it appears you are wrong. @JohnGoliath82 has ample (video) evidence showing very clearly that this ?is not the old apartheid flag.

While your intentions are good, to base your claim on such little evidence can do significant damage. https://t.co/gLizXugnVm

Lesufi acknowledged his error, which many Twitter users deemed a divisive and “dangerous” blunder.

This is the second Twitter controversy involving the team during the World Cup campaign. Earlier, certain white players were accused of celebrating without their black teammates.

The incident that caused the furore was explained as members of the substitutions' bench celebrating together as the “Bomb Squad”. The composition of the group of “impact players”,  brought in to “bomb” the opposition with fresh power at key points in the match, varies regularly and across race lines, depending on team requirements.

This was at least the second time Lesufi has jumped the gun in his eagerness to expose what he sees as racist behaviour. In May, he accused an employee of a motor dealership of writing racist WhatsApp messages. He had to retract the assertion after a full investigation.

The Springboks, who beat Wales 19-16 on Sunday, will be back in action on Saturday in the final against England.

Damage is done. But big ups for owning up to your mistake. https://t.co/FFiOFTuk9n

A video showing a heartfelt phone call between Springbok captain Siya Kolisi and Cyril Ramaphosa was shared by the president on Twitter. The Boks will face England at the tournament's conclusion on November 2 2019.