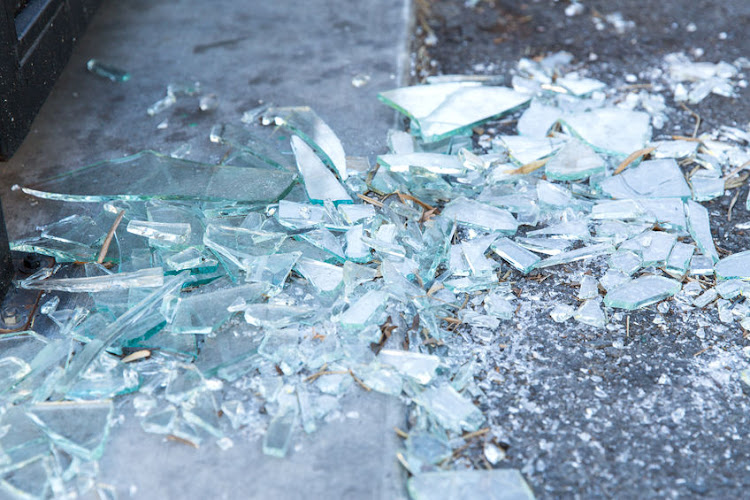 Windows were smashed at Waterval Boven police station in Mpumalanga after angry residents vented their dissatisfaction with the SAPS
Image: 123RF/dolgachov

The station commander at Waterval Boven police station in Mpumalanga was injured after angry residents stormed the property, breaking windows and venting their dissatisfaction with the SAPS.

Mpumalanga police spokesperson Brig Leonard Hlathi said police were following up on reports of a business robbery and car hijacking on Friday evening.

While they were tracing the hijacked vehicle, some residents went to the station to vent their frustration over the SAPS allegedly not acting on information they had handed over.

Picket at Gupta compound fizzles out due to rain

A picket in protest against alleged corruption by the Gupta brothers and to call for their extradition to SA "so they can face the law" ended ...
News
2 years ago

Hlathi said the police were forced to turn back about 500m from where the hjjacked vehicle was eventually found in order to attend to the scene unfolding at the police station.

The two suspects appeared in the Belfast magistrate's court on Monday. One was granted bail, while the other will appear again on Wednesday to apply for bail.

Police are investigating cases of assault of a police officer, malicious damage to property and public violence.

"There was no attack on the police station," said Hlathi, adding that the people did not come armed with guns and that nothing was taken from the station.

The Independent Police Investigative Directorate (Ipid) arrested four police constables on Friday in connection with the death of a man in police ...
News
2 years ago

A criminal case has been opened against a pupil who was caught on camera in a physical fight with a schoolmate in Kempton Park, the Gauteng ...
News
2 years ago
Next Article