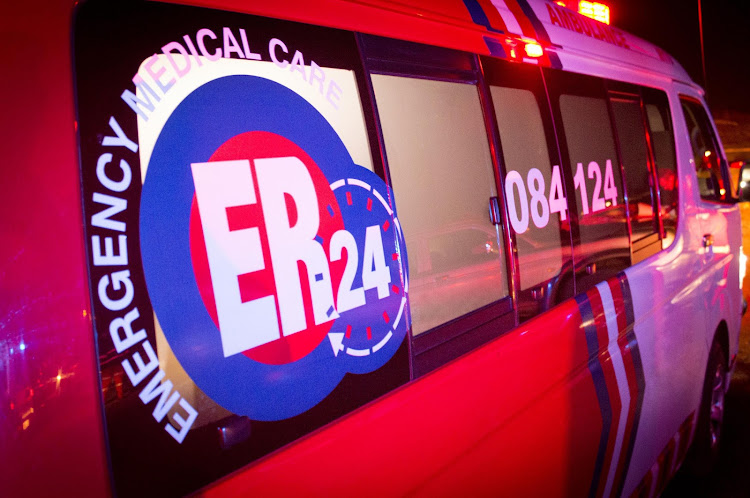 One man was killed and another injured in a four-vehicle collision on the N14 near Krugersdorp on Saturday morning.
Image: ER24

A man was killed and another injured in a four-vehicle collision on the N14 in Krugersdorp, west of Johannesburg, on Saturday morning, paramedics said.

ER24 spokesperson Ineke van Huyssteen said ER24 paramedics found another medical service already treating a victim when they arrived at the scene shortly after 7.30am.

“Upon further assessment, paramedics also found a man lying underneath one of the vehicles. Unfortunately, he had sustained fatal injuries and was declared dead at the scene by paramedics,” she said.

“The exact circumstances surrounding the incident were not known to our paramedics, but local authorities were on the scene for further investigations.”

Generations: The Legacy actress and legendary singer Abigail Kubeka is still reeling in shock after a taxi driver assaulted her last week.
News
2 years ago

Helicopter goes down in Pretoria

A helicopter crashed onto a road in Pretoria on Friday afternoon but all three occupants escaped serious injury.
News
2 years ago

16 injured as taxi rolls down embankment in Sandton

Sixteen people were injured after a taxi rolled down an embankment on William Nicol drive in Bryanston on Wednesday morning.
News
2 years ago
Next Article