So who ate the gravy at councillor's funeral? 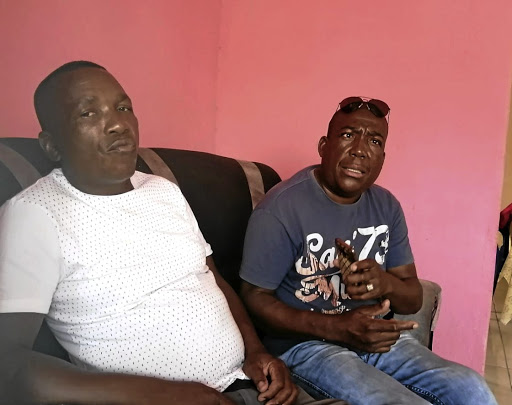 Wilson, left, and Philemon, suspect the funeral of their sister and ANC councillor Esther Matumane was used to steal from the state.

The family of a councillor whose funeral cost the City of Tshwane metro R600,000 says it never tasted or smelled some of the food items the city is supposed to have spent money on for the funeral.

The metro spent a staggering R400,000 on food only for the funeral of its murdered councillor, Esther Matumane, in September in Winterveldt, north of Pretoria.

Matumane's family is now not only questioning the hefty costs associated with the burial but also claims that mourners were never served roast chicken, rice, vegetables and salad.

Instead, Philemon Matumane, the deceased councillor's brother, told Sowetan the people at the funeral were served pap, stew and gravy.

The city of Tshwane spent a staggering R400,000 on food for the funeral of its councillor in Winterveldt, north of Pretoria.
News
2 years ago

Most people do not realise the financial implications of dying, and many do not have enough cash in their estates to settle debts and pay for costs
Business
2 years ago

However, one of the invoices the metro settled showed that there were 2,200 meals at R98 each, which set the municipality back by R247,940 including tax. The meals apparently consisted of pap, rice, roasted chicken, beef stew, vegetables and salad.

The catering company at the funeral was also paid more than R300,000 for providing, among others, assorted sandwiches, soft drinks, 100% juice and bottled water, according to the invoices.

"There were no sandwiches served to anyone at my sister's funeral, we know nothing about those sandwiches which the municipality paid for," Philemon said.

He also disputed that there was a sound system at the gravesite, which invoices to the municipality show it cost R7,000.

"Maybe there was another civic funeral held somewhere to celebrate the death of Esther because we did not see or receive some of the things that appear in the invoices," Philemon said.

"Clearly, there are people who used our sister's death and funeral to steal from the municipality."

Another company billed the city R69,000 for groceries that were delivered at the house.

Although the Matumane family acknowledged that groceries were delivered on the eve of the funeral, they estimate the cost to be between R25,000 and R30,000.

The family also accused the ANC leadership in Tshwane of having never visited the house since Matumane's funeral despite promising to do so.

Esther's elder brother, Wilson, said she died "while on duty for the ANC" but only the ANC Women's League came to show their support.

Esther was shot and killed while responding to a call about a burst water metre. The occupants of unknown vehicle ambushed her and shot at her car more than 15 times.

One her three children who was with her at the time of the incident was shot in the arm.

"None of her children have received counselling. We are now facing outstanding medical bills. Where is the ANC that Esther has worked so hard for?" asked Philemon.