'I slipped': Mbalula's tweet about first trip on Gautrain gets some giggles 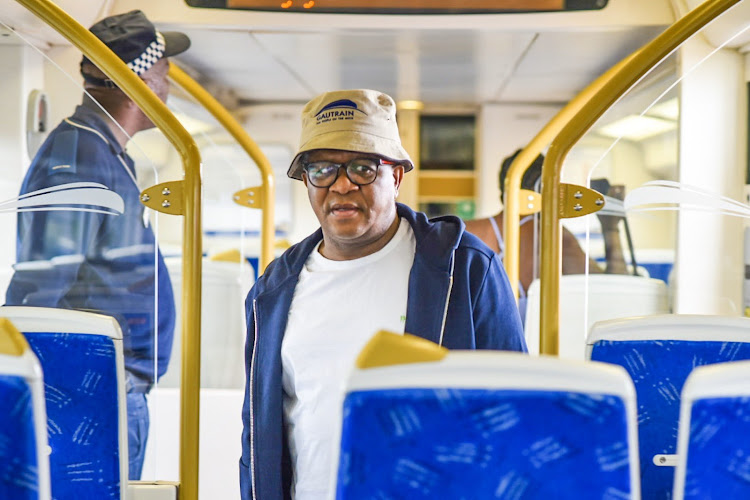 Gautrain commuters will from October 31 be able to use their “contactless” bank cards to tap in and out of the station, but the operating company warns against using a wallet to pay as multiple charges may be incurred, and penalties imposed.

“Tagging in by touching your wallet or purse to a fare gate may result in card clash as the fare gate reader is unable to determine which card you intend to travel with.

“As a result, your fare may be charged to the card you did not intend to travel with, or, more than one of the cards contained in your wallet or purse may be charged,” Gautrain said.

Commuters are urged to avoid card clash by removing the card they intend to pay with from their wallet or purse and tag in and out with that same card.

Transport minister Fikile Mbabula posted on Twitter on Friday that he was taking the Gautrain for the first time. But prior to boarding, he had a mishap.

He told his followers that he tried to sit on the Gautrain benches but he slipped.

Sandton Gautrain station portaloos are set to go after its operator Bombela Concession Company reached an agreement with the City of Johannesburg ...
News
2 years ago

He posted a picture of Gautrain CEO Jack van der Merwe sitting on the benches.

“CEO of Gautrain using the the GauBenches — I tried to sit here Bagaesho, ndatyibilika [I slipped],” Mbalula said.

His post received a lot of giggles from Twitter users, with some asking what he was thinking sitting on those benches as they were uncomfortable.

“I almost fell trying to sit on that thing,” @Nkele4Thabz said.

“Where’s the rest of the bench?,” Mloo Mbokazi asked.