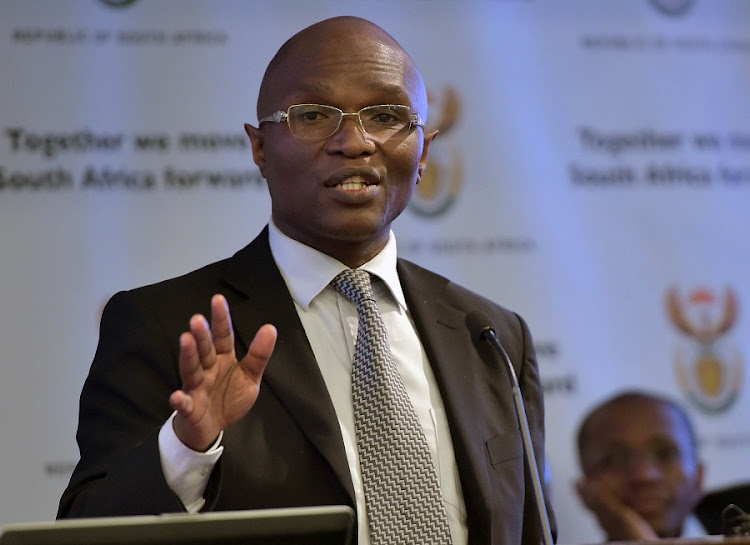 Eight candidates have been shortlisted for the position of deputy public protector, though the EFF and the DA have already objected to some of them.

The shortlist of candidates was made by parliament’s justice and correctional services committee, which will conduct interviews with them on November 11 and 12 after they have been vetted and screened. The committee is keen that the National Assembly consider the matter before it adjourns for the holiday season recess.

The office of the public protector has come under fire, with Busisiwe Mkhwebane facing several adverse court findings against her and attempts to remove her from office.

A total of 29 candidates submitted their CVs or were nominated for the position, with three later withdrawing.

Former head of police watchdog the Independent Police Investigative Directorate, Robert McBride, was not on the shortlist.

Two of the eight were among five candidates flagged by Corruption Watch. One of these is attorney Buang Jones, acting head of legal services at the SA Human Rights Commission. According to Corruption Watch, the commission is investigating Jones’s conduct in relation to a complaint by the Freedom Front Plus about comments he made in relation to the hate speech case of SA rugby player Eben Etzebeth.

Eight candidates have been shortlisted for interviews for the position of deputy public protector next month.
News
2 years ago

'No security' at 18 out of 19 public protector offices, parliament told

Only one of the public protector's 19 offices has security services, parliament's justice and correctional services portfolio committee was told on ...
News
2 years ago

The other is Kholeka Gcaleka, an experienced advocate. The EFF opposed her inclusion on the basis of the comments made by Corruption Watch but the justice committee decided to keep her name on the shortlist and allow the interview process to proceed.

Corruption Watch highlighted that in 2010 Gcaleka was quoted as saying there should be no concern about then national director of public prosecutions Menzi Simelane’s plan to close the specialised crime unit and Asset Forfeiture Unit. This caused controversy as Gcaleka was then the chair of the Society of State Advocates of SA and her comments reportedly led to the resignation of two senior state attorneys.

Corruption Watch also noted that in 2017 a witness in the case of Richard Mdluli — a former head of police crime intelligence and now a convicted criminal — alleged that Gcaleka had tried to coerce him into implicating Mdluli as a guilty party. She served as senior deputy director of public prosecutions between 2011 and 2016. It was alleged that the recording of the meeting between the witness and the advocate was tampered with by the prosecution team.

Corruption Watch also noted that Gcaleka had served as former finance minister Malusi Gigaba’s legal adviser, moving with him from the ministry of home affairs. In 2017, senior Treasury officials said that the Treasury was captured, citing, among other things, that during a forensic audit into Eskom’s coal contracts with a Gupta-owned company, documents that should have been seen by Treasury director-general Dondo Mogajane were sent to Gigaba’s advisers first, including Gcaleka.

EFF MP Mbuyiseni Ndlozi said he does not believe Gcaleka was the right person person to hold the position of deputy public protector given this background, adding that the position demands a much higher ethical test.

“You don’t want a person with such baggage to occupy the seat,” he said. “There is no need to interview her given that there is a large pool of other candidates.”

The DA did not name which candidates it is opposed to.

Committee chair Bulelani Magwanishe stressed the importance of the role of the deputy public protector, especially to provide stability and continuity when the non-renewable seven-year term of the public protector expires.