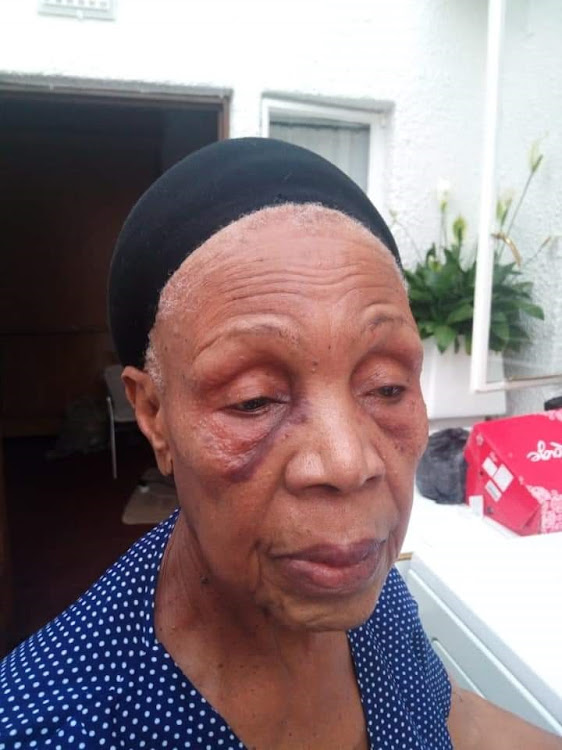 Provincial police spokesperson Brig  Mathapelo Peters confirmed in a statement that  Orlando police were investigating a case of common assault after the legendary musician was allegedly punched by a taxi driver.
Image: Supplied

Generations: The Legacy actress and legendary singer Abigail Kubeka is still reeling in shock after a taxi driver assaulted her last week.

In an incident that took place in Soweto, the two drivers  bumped into each other’s cars.

The taxi driver apparently punched Kubeka on the face and mouth, leaving her with visible black marks on the face.

Provincial police spokesperson Brig  Mathapelo Peters confirmed in a statement that  Orlando police were investigating a case of common assault following an incident that happened on October 16 2019.

She, however, explained that police were not at liberty to disclose or confirm the identity of the complainant at this stage.

But sources close to Kubeka confirmed that the singer was attacked while trying to apologise to a  taxi driver after an accident.

'Miriam Makeba is not given due credit'

Icon's role in the Struggle 'forgotten'
News
3 years ago

The source said the taxi driver became angry and started punching the artist on the face and on the mouth. Kubeka was apparently saved by passengers who intervened.

“Police have been able to establish the identity of the suspect and are in search of the man who disappeared after the incident. Anyone who might know the whereabouts of the suspect is urged to contact Orlando SAPS.”

Sources further said Kubeka was still shaken by the incident. The 78-year-old Kubeka is famously known for  portraying the role of  Tau Mogale’s mother in Generations: The Legacy.

Sowetan’s attempted to get a comment from the singer but her cellphone was switched off.

Hlaudi Motsoeneng has used yet another funeral of a late musician to turn attention to himself.
News
3 years ago

Fifty of Mzansi's most talented artists - including Somizi, Abigail Kubeka, Dorothy Masuka and Judith Sephuma - have added their voice to a tribute ...
Entertainment
3 years ago
Next Article