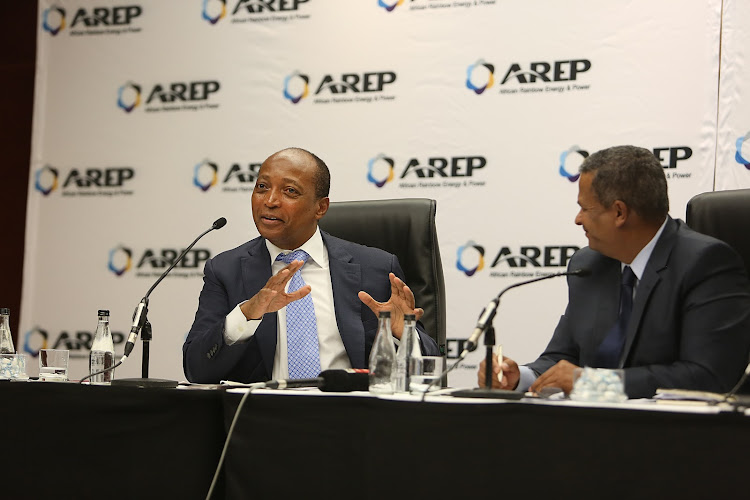 Addressing the audience, Motsepe said: “We hope to create thousands of jobs. Of course, sustainable jobs.”

The fund was launched in collaboration with 33 of the largest religious and faith-based organisations in the country, which have partnered with the foundation for several years. They include the Zion Christian Church, SA Hindu Maha Sabha, Greek Orthodox Church and the Jamiat Ulama SA.

The fund comes at a time when the official unemployment rate sits at 29% and youth unemployment has soared to more than 55%.

Motsepe said the fund's launch, amid numerous other initiatives to create jobs, such as the Youth Employment Service, an initiative between business, government, labour, civil society and youth, was unique.

“It is driven and focused on our religions and faith-based organisations looking within the churches and initiating projects to help create sustainable jobs in SA.”

SA's emerging black farmers are set to benefit from a multibillion-rand fund that businessman Patrice Motsepe wants to establish.
News
2 years ago

He added: “The fund we are announcing today is a humble contribution from the partnership ... the main purpose is to send a message of hope, also to instil confidence, but also to make ordinary South Africans realise that the challenge of unemployment, poverty and marginalisation is a matter that all of us are concerned about.”

Moloi-Motsepe said there were “significant opportunities to create thousands of sustainable jobs in agriculture, farming and agribusiness”. These are expected to result from potential collaboration and partnerships with religious and faith-based organisations, and joint ventures that the Motsepe Foundation is initiating between traditional leaders, kings, their communities and black and white farmers.

Motsepe is chairman of the foundation and his wife is CEO.

Each of the religious and faith-based organisations will appoint two members to serve on the advisory council and one member to serve on the sustainable job-creation committee of the fund.

The first meeting will held on November 25.

Mining magnate Patrice Motsepe is suing a Botswana newspaper for R6.8m for a story it published that claimed he was funding politicians in that ...
News
2 years ago

The committee will assess and evaluate sustainable job-creation applications from religious and faith-based organisations, and will recommend deserving applications to the advisory council for consideration and approval, according to a statement from the foundation.

Donors and funders who contribute more than R50m to the fund will be entitled to appoint two members to serve on the advisory council and one to serve on the sustainable job-creation committee.

The foundation expects to source further funds from donors, private corporations, social entrepreneurs and other partners.

Motsepe, who largely built his wealth on interests in mining, catapulted to billionaire status in 2008, becoming the first black African on the Forbes rich list.

His real-time net worth is estimated to be $2.2bn [R32bn], according to Forbes.

He launched African Rainbow Capital, a private equity firm which focuses on investment on the African continent, in 2016.

The mogul holds a stake in financial services company Sanlam and is president and owner of Mamelodi Sundowns Football Club.

Motsepe and his wife established the foundation in 1999. In 2013, he pledged to donate half of his family's wealth to the organisation to benefit poor people.